Liverpool are keen on signing exit-bound Real Betis centre-back Aissa Mandi in their hunt for a new defender, according to a report.

The Reds have among the most settled of squads in the Premier League, shown by their canter towards the title this season.

Among the clusters of solid partnerships at Liverpool is that between Virgil van Dijk and Joe Gomez in defence. While Van Dijk has been ever-present since the start of last season, Gomez has emerged as his top ally.

Behind the pair, Liverpool have Joel Matip and Dejan Lovren to boot. Matip signed a new deal late last year, but several reports have linked Lovren with a move away.

According to Estadio Deportivo, the Reds are looking at Mandi as a potential new signing ahead of next season.

The 28-year-old, who has 55 Algeria caps, played 29 LaLiga games this season as Betis finished 15th.

However, his contract runs out next summer and, as such, the source adds that it will be a “miracle” if he is to stay on and sign a new deal.

In fact, negotiations between player and club have turned “bitter” and the club have grown less optimistic about his future. 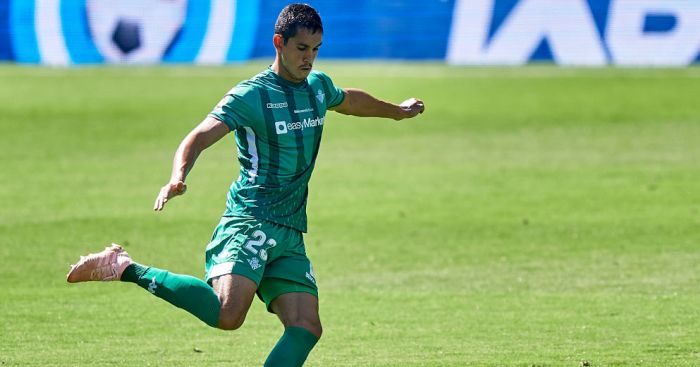 The more likely scenario, the report says, is Betis offloading Mandi soon to avoid losing him for free next summer.

Newcastle are also keen on Mandi, having reportedly followed him for months. Indeed, the Magpies are even gearing up to step up their interest.

The 29-year-old Spaniard looks likely to leave this summer after rejecting a new contract in Bavaria.

Now, the former Barcelona star reportedly has taken the next step in finding a way out by formally signing off with his teammates.