Liverpool are reportedly ready to make an offer for Olympiakos defender Ruben Semedo to cover for the injuries to Virgil van Dijk and Joe Gomez.

Van Dijk was ruled out for the season after injuring his ACL following a clumsy challenge from Everton goalkeeper Jordan Pickford in the Merseyside derby. It left Liverpool with just Gomez and Joel Matip as senior centre-backs.

Things became worse during the international break, when Gomez picked up an off-the-ball injury during England training. He has since undergone surgery and will also be out for most of the season.

That leaves Liverpool with very few options at the back. Midfielder Fabinho is likely to drop into defence, while Jurgen Klopp could call upon the more youthful Rhys Williams or Nat Phillips again.

That should get them over the line until January. When the transfer window opens, though, Liverpool are increasingly likely to enter the market for some cover.

Schalke defender Ozan Kabak is the name on the tip of everyone’s tongue. However, there are other options for the Premier League champions.

One could be Semedo. According to Sic Noticias, Liverpool could make an offer to the Portuguese player, who has been at Olympiakos since 2019.

Semedo has been involved in some controversies during his career. He even spent time in prison during a spell with Villarreal.

He has been back on the pitch for a while now, though, and made 45 appearances for Olympiakos in all competitions last season. Semedo even earned his first two senior caps for Portugal in October 2020.

A move to Liverpool would be another major step in the right direction for the 26-year-old, who is mainly a centre-back but can also play as a defensive midfielder.

Semedo has experience in the Champions League from his time at Sporting CP, as well as current club Olympiakos. 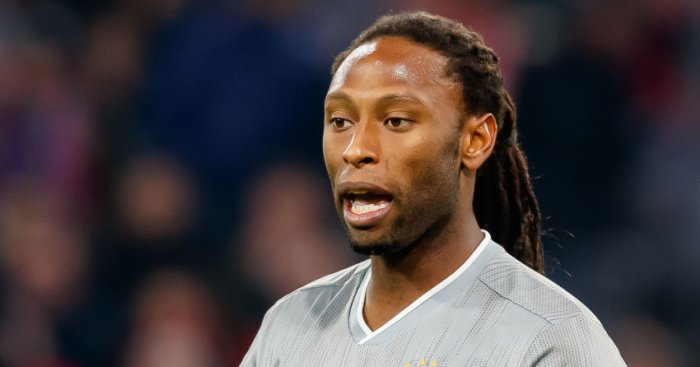 The TV network claims Liverpool are willing to offer a five-year contract to Semedo. Olympiakos would request a fee of at least €20m to let him go.

That would be a profit of more than €15m on the price they paid to sign him from Villarreal. The Spanish club will be due a chunk of that sum as part of a sell-on clause.

The Greek champions have Semedo under contract until 2024. Therefore, they have a strong negotiating position.

If he was to move to Anfield, Semedo would not be the first Olympiakos player to join Liverpool this season. Kostas Tsimikas made the same move in the summer, but is yet to feature in the Premier League.

If the reports are to be believed, Semedo could follow his former teammate to Merseyside in January.

Liverpool continue to be linked with a number of top class centre-backs, but Semedo may be a stop-gap solution before they swoop for a bigger name next summer.