Liverpool won the title by 18 points last season but former defender Jose Enrique says the Reds have an even better squad now following their two big summer signings in Thiago and Diogo Jota.

Jurgen Klopp’s men initially looked quiet in the transfer window. Their only acquisition was left-back Kostas Tsimikas to provide cover for Andy Robertson.

But in a quickfire double move, Liverpool made two key acquisitions.

The Merseysiders landed midfield star Thiago Alcantara from Bayern Munich. And he was followed through the door by Portuguese attacker Jota.

Now ex-Anfield left-back Enrique reckons the Reds are stronger than ever.

The Spaniard told the Daily Mail: “I think Klopp has the best squad he has had since he has been at the club.

“It’s difficult to improve someone who was a top Bayern player but Thiago will learn new things. He will be, if not the signing, then certainly one of the signings of the season.

“He’s a phenomenal player. He’s a top midfielder but he’s also a magician in the way [Philippe] Coutinho was.

“I can see him alongside Jordan Henderson and Fabinho in midfield, and giving the team something they didn’t have before.

“It says a lot about where the club is right now that someone who is an important player at Bayern Munich wants to come and play for Liverpool.”

Thiago has already gained rave reviews for his debut performance in the 2-0 win at Chelsea.

The 29-year-old had to then sit on the sidelines after contracting coronavirus but he’s now returned to full training. It means he should be available for the weekend derby showdown with Everton.

Jota signing is perfect for Liverpool 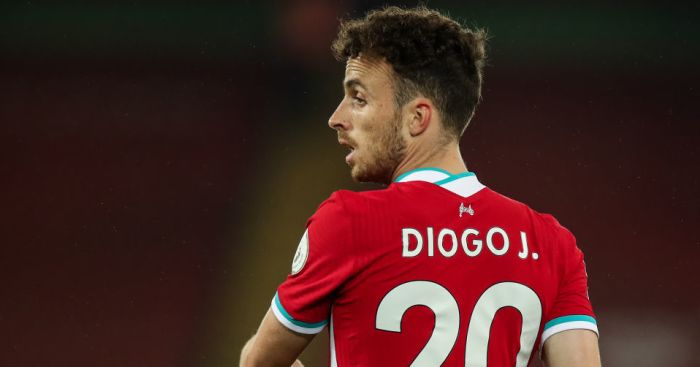 He added: “Divock Origi and Xherdan Shaqiri are good players but we were missing someone who, if he adapts, can reach the level of the other three forwards [Sadio Mane, Roberto Firmino and Mohamed Salah].

‘Now with Jota it would not be as serious a problem if one of the others were out for a longer period.”

However, the Senegalese frontman is also fit again for the Everton clash.