Mo Salah has reportedly decided to reject a big-money move away from Liverpool following their Champions League triumph.

However, the Egypt forward has put club top clubs on alert by declaring that he will review his situation again next summer.

Both Real Madrid and Juventus were said to be lining up record-breaking £150million offers for Salah, who has become a superstar since swapping Roma for the Reds.

The Sunday Mirror reports that Salah, who has scored 71 goals in just 104 games for Jurgen Klopp’s men, had been tempted by the prospect of joining the Real Madrid Galaticos and a return to Italy.

But after helping the Reds win the Champions League against Tottenham in Madrid and being feted as an Anfield hero, he feels the timing is wrong to quit Merseyside.

Klopp was reportedly aware of the interest and has been involved in discussions with the club’s hierarchy over the threat of the 26-year-old’s potential exit. 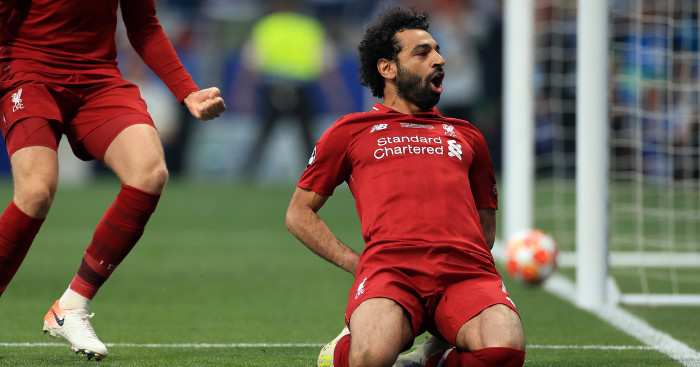 There are also said to have been enquiries made about Salah’s attacking partner in crime Sadio Mane, although the Senegalese international is more than happy to remain at Anfield.

Salah, however, has indicated that he will review his situation next summer as he looks for one big final pay day.