Liverpool have been forewarned of a potential squad battle if they acquire Bayern Munich midfielder Thiago Alcantara.

The Reds’ squad appears to be fairly settled having lead them to Champions League and Premier League glory in the last 12 months.

A select few squad players will depart, such as Nathaniel Clyne and Adam Lallana. But those departures are expected to be offset by the progression of youngsters Neco Williams and Curtis Jones.

That has not stopped Liverpool being linked with summer deals, however, with Thiago once again rumoured today.

With the classy Spaniard reportedly saying his goodbyes in Bavaria, Jurgen Klopp could be expected to pounce.

And if he does, ex-Liverpool cult figure Luis Garcia has warned of the implications that could materialise for Naby Keita.

The Guinea international has struggled to recreate the form that lead to his £52.75m arrival in 2018, and Garcia believes he could be the one to fall down the pecking order should Thiago sign on the dotted line.

“That’s the thing [whether Thiago can fit in],” Garcia said (via The Daily Express). “If top players come to Liverpool and you have to move one of the ones that are moving at the moment, that’s not easy.

“If you see Keita, the way that Keita plays is similar to Thiago. The way they move, the place that they play is very similar.

“Keita is still adapting to the Premier League, are you going to move him from that place? [Georginio] Wijnaldum is also playing in this position sometimes.

“At the end it is not easy to bring in these top players, players that have experience and they come to Liverpool and have the chance to play many minutes, it’s not easy.” 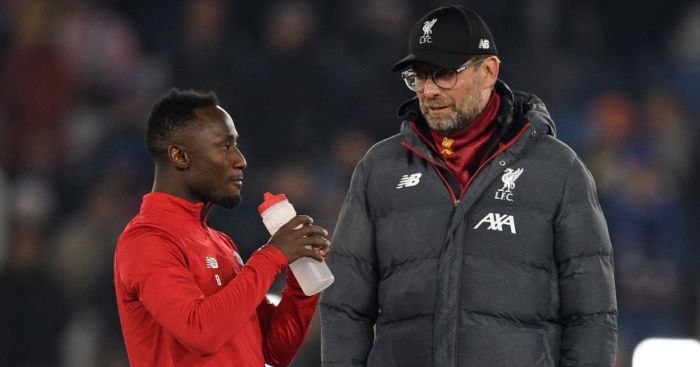 Liverpool are keen on signing an exit-bound Real Betis centre-back in their hunt for a new defender, according to a report.

The Reds have among the most settled of squads in the Premier League, shown by their canter towards the title this season.

Among the clusters of solid partnerships at Liverpool is that between Virgil van Dijk and Joe Gomez in defence. While Van Dijk has been ever-present since the start of last season, Gomez has emerged as his top ally.

Behind the pair, Liverpool have Joel Matip and Dejan Lovren to boot. Matip signed a new deal late last year, but several reports have linked Lovren with a move away.

The post Liverpool warned of pushing out expensive Klopp signing if Thiago Alcantara deal is agreed appeared first on teamtalk.com.