Welshman Williams has put pen to paper on a new five-year contract at Anfield after his breakthrough season.

“It feels amazing. At the minute for me, I think there is no better place to learn and to become a better player than being here and working with the lads,” Williams told Liverpool’s official website.

“For me personally, especially learning off Trent and Robbo every day, getting their advice, seeing what they say, it’s only going to make me a better player and I feel it.

“I take it day by day and I am maturing in my game, I am developing as a player and, like I said, I don’t think there is a better place for me to work and keep going at it than here.” 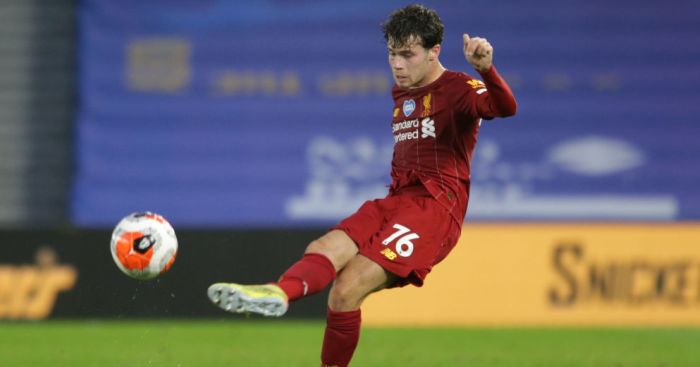 Williams added that Alexander-Arnold and Robertson are helping him develop both attacking and defensive skills.

“Last season was my breakout season, but I think the more games I play now, the more I train, I feel I am becoming a better player,” he said.

“I feel I am developing a lot and, like I said before, learning off Trent and Robbo and getting their advice has helped me massively.

“In training I am learning from what they are doing, they are giving me advice on what to do attacking-wise and defensively.

“I am learning massively – there is no better place to be at the moment.”

Williams is the latest Liverpool youth talent to sign a new deal. Curtis Jones and Harvey Elliott have both done so in recent months, with Elliott signing his first professional contract.