Manchester United target Raphael Varane is reportedly among a number of Real Madrid stars looking to quit the club due to Santiago Solari.

A report in Don Balon claims that playmaker Isco and and current Ballon d’Or winner Luka Modric are also unhappy under the Argentine coach, having endured what has been a difficult season so far at the Bernabeu.

It is the news about Varane that will potentially alert United, however, given the club’s strong interest in the France international over the last couple of years.

Indeed, earlier this season, Diario Gol reported that the 25-year-old had virtually agreed terms to move to Old Trafford – with Real said to be willing to let him go for £86million.

Things have since settled down in that regard, but Don Balon’s latest claims would appear to suggest that a move for Varane could well be back on for the Red Devils.

United have been after at least one new centre-back since the summer, when then boss Jose Mourinho admitted that he was not happy with the options at his disposal. 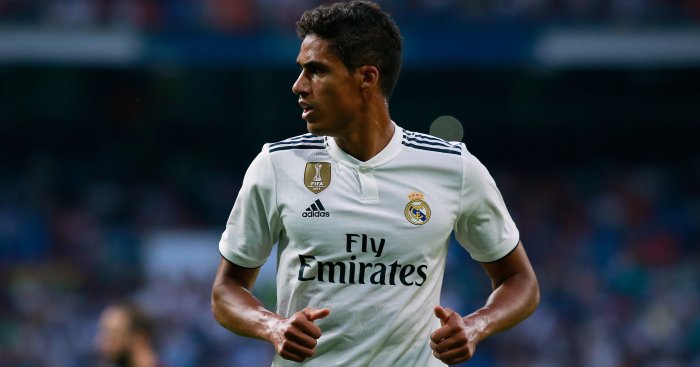 While the likes of Toby Alderweireld, Harry Maguire, Jerome Boateng, Matthijs de Ligt and Nathan Ake have all been linked with a move to Old Trafford, Varane would arguably be a level above those candidates and would make a significant difference to a sometimes brittle United rearguard.

However, with Solari’s future at Real not exactly guaranteed, Varane is almost certain to wait until the end of the season and see if there are any changes brewing at the Bernabeu before making a concrete decision about his future.