Chris Smalling has completed a permanent move to Roma from Manchester United, who reached an agreement with the Serie A side on Monday evening.

Smalling was signed by Sir Alex Ferguson in 2010 and the centre-back went on to make 323 appearances for United, who claimed two Premier League titles, one FA Cup and a Europa League crown during his time at Old Trafford.

He impressed while on loan at Roma last season. It is understood the deal was done when the Italian FA processed the paperwork with only a minute to spare.

A statement on the club website said: “Manchester United have reached an agreement with AS Roma for the transfer of defender Chris Smalling.

“Well liked and trusted by every United manager he played under, the only current first-team player to have made more appearances for the club than Chris is, at the time of writing, David De Gea.

“Everyone at Manchester United would like to thank Chris for his years of service, dedication and professionalism. We wish him all the best for his future.”

Telles tells all on United move

United have announced that left-back Alex Telles has signed from Porto on a four-year contract.

Telles has been United’s top target in the hunt to provide left-back competition for some time. The 27-year-old was likely to leave Portugal, with less than one year remaining on his deal there. 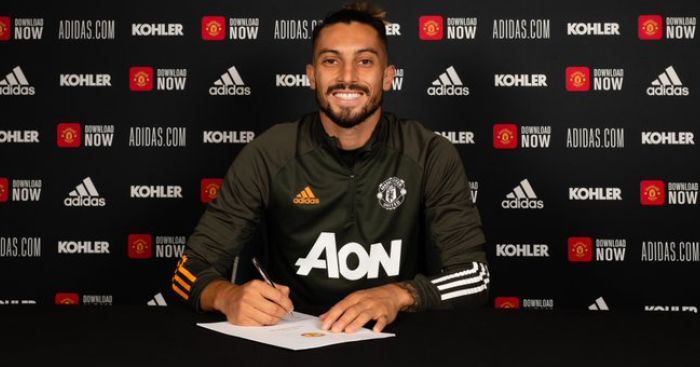 “To join a club with the prestige of Manchester United is a huge honour,” the Brazilian said.

“You have to work hard to get to this moment in your career. Now I’m coming to this club, I can promise I’ll give everything in my heart to be a success here.

“I won many trophies at FC Porto and I want to continue that at United. The manager has a clear plan and direction for this team. I can’t wait to pull on the famous shirt.” Read more…