Man Utd appear set for a huge change behind the scenes with Ed Woodward finally set to appoiint a director of football, according to a report.

Unlike the overwhelming majority of other elite clubs, Man Utd have yet to appoint a director of football in their history.

The prospect of creating the role came up in 2018, but executive vice-chairman Woodward did not follow through.

Woodward oversees the bulk of day-to-day operations, but according to The Telegraph, appointing someone to the role has been ‘put on his agenda’ for the summer.

However, the person selected will not be tasked with changing the culture or direction of the club. Instead, they will work within the current structure given Utd’s recent success in areas such as the transfer window.

The club switched approach from signing ageing superstars to younger talent with high potential. The acquisitions of Bruno Fernandes and Aaron Wan-Bissaka have already appeared to vindicate that decision.

The Telegraph note that the position would be viewed as one of the most prestigious in world football. Though Woodward is yet to draw up a shortlist of names.

Atletico Madrid’s Andrea Berta is cited in the article as a high profile figure who would be tempted. Juventus’ Fabio Paratici and ex-PSG director of football Antero Henrique are also touted. 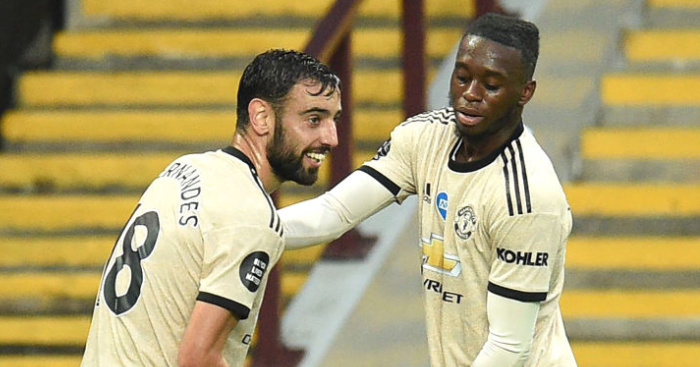 No top-flight player has scored more goals in their career than Shearer’s 260 in his time with Blackburn and Newcastle.

In fact, no player has got to within 50 of Shearer’s record, with Wayne Rooney second in the rankings with 208.

However, 18-year-old Greenwood has managed 10 goals in 33 Premier League games in his debut season. Indeed, his post-lockdown form has proved vital to United in their hunt for a place in next season’s Champions League.

The Englishman’s latest goal, against West Ham on Wednesday, secured his side a point. After a quick passage of play between himself and Anthony Martial, the teenager fired with power to equalise.

And, speaking on Match of the Day, Shearer tipped Greenwood for big things in his career.