Manchester United goalkeeper Sergio Romero is reportedly considering quitting as the club’s reliant deputy after failing to get a look in amid David de Gea’s poor form.

Romero signed for United in 2015 from Sampdoria and has acted as a robust stand-in to De Gea since.

Indeed, the Red Devils have often handed him game time in cup competitions. This season, he has appeared in all seven Europa League games under Ole Gunnar Solskjaer and 15 times in total.

Five more of those have come in the FA Cup and, according to Metro.co.uk, Romero expected to play ahead of De Gea in the semi-final defeat to Chelsea last weekend.

However, the newspaper says Romero was “really down” to learn Solskjaer had picked De Gea ahead of him.

The 96-time Argentina international‘s mood spiralled downward further on Sunday, after De Gea came up with a terrible error to partly cost his side a place in the final.

As such, Romero was gearing up to replace the Spaniard in Wednesday’s 1-1 draw with West Ham. Indeed, Solskjaer had hinted in his pre-match press conference that making “big calls” was part of his job.

However, after being overlooked again, Romero reportedly feels “demoralised” and is now considering a move away. 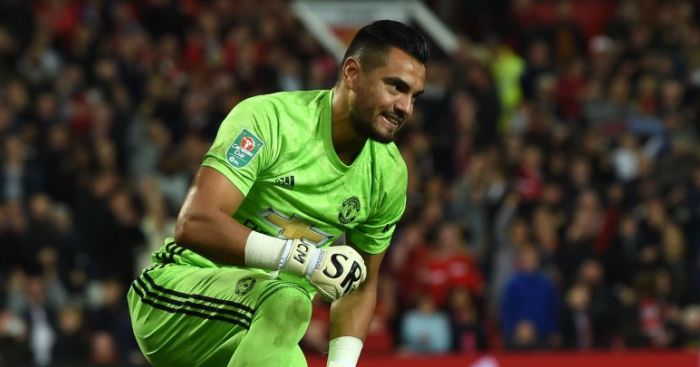 Whites owner Andrea Radrizzani has confirmed that the club will spend as they return to the top flight.

And, with Dean Henderson potentially staying at Old Trafford next season, Bielsa could reportedly look to capitalise if Romero gets pushed further down the pecking order.

The Metro report adds that United would look for a fee of around £4million for Romero. The 33-year-old has already received interest from his homeland and America in the past 18 months.