Manchester United are reported to be considering an approach for Valencia midfielder Uros Racic after their interest was confirmed by a transfer source.

The powerful Serbian midfielder has struggled to find his best form since arriving at the Mestalla. Despite that, Racic has a €100m (£92m) exit clause in his contract.

However, a financial crisis at Los Che could see the midfielder leave for far less. The problems at Valencia have seen the heart and soul ripped out of their side.

It was reported earlier this summer that the LaLiga giants were prepared to ‘listen to offers for every player except Jose Gaya’.

Since then, Ferran Torres has moved to Man City for £20.9m. Rodrigo Moreno soon followed suit by securing a £26.7m move to Leeds.

However, the crisis looks set to worsen for Valencia with Racic the next who could leave.

According to The Sun, United have been keeping a close watch on the player and are considering a move.

Furthermore, the paper believes an offer of just €30m (£28m) would tempt Valencia to sell.

Racic is a box-to-box midfielder, who is 6ft 4ins and powerfully built. He is renowned for his workrate and ability to provide an excellent defensive shield. He also packs a decent shot with either foot.

Racic has, understandably, drawn comparisons to countryman Nemanja Matic. His fellow Serbia is of a similar build and recently signed a new deal at United.

Despite his impressive displays under Ole Gunnar Solskjaer last season, he is now 32 and won’t be at the top for much longer.

As such, the report claims Racic is being considered as a long-term replacement in the United midfield.

United’s interest has been confirmed by reliable transfer expert Hector Gomez. He claims representatives of Racic have confirmed United are interested in signing the Serbian. However, it’s not yet clear if they will firm that interest up with a concrete offer just yet. 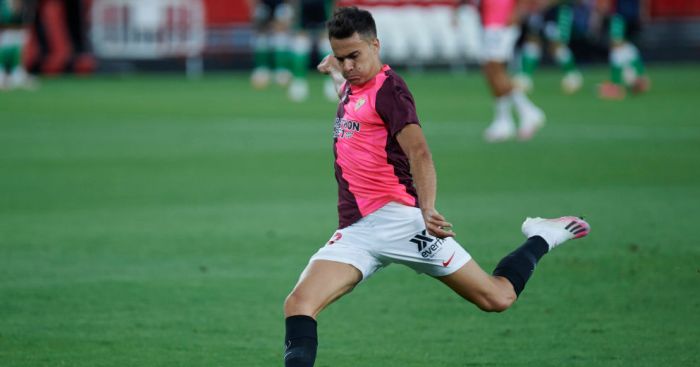 United are also “seriously working” on bringing Real Madrid left-back Sergio Reguilon to Old Trafford before the October transfer deadline, according to reports.

The 23-year-old, who was formerly a target for Chelsea, is at a career crossroads after an impressive loan spell. He helped Sevilla win last season’s Europa League but his chances of game time at Madrid look bleak.

Indeed, he has now reportedly received strong interest from United. Solskjaer is reportedly keen to find new competition on the left flank.

However, top journalist Fabrizio Romano (via Twitter) has revealed United face two problems before any deal can be completed.

The post Man Utd to raid Valencia as £92m gem is told to leave for discounted fee appeared first on teamtalk.com.