Mikel Arteta is believed to have targeted former Atletico Madrid man Partey at the start of the summer. However, it took Arsenal until the final day of the transfer window to pay his £45m release clause.

The move was then confirmed by Atletico on Monday evening, with just minutes to spare.

He is relishing a new start in England and Merson can’t believe Ole Gunnar Solskjaer was not in for the Ghana star.

Merson told the Daily Star: “I like where Arsenal are going on the pitch. Mikel Arteta is doing really well. And Partey is an unbelievable signing. 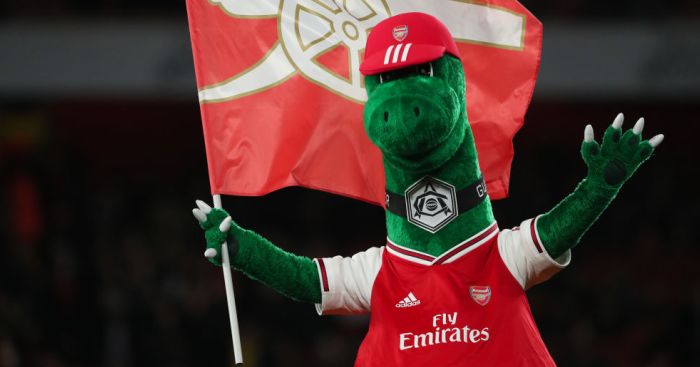 “I don’t know why Manchester United or even Manchester City didn’t go for him. He’s better than what they’ve got.

“But off the pitch, I don’t like what is happening at Arsenal at all sometimes. It’s not the club I remember.”

Jerry Quy, who has portrayed Gunnersaurus for the past 27 years, was made redundant as part of the job-cutting scheme implemented by Arsenal in the summer.

And Merson added: “It would have been so easy to keep Jerry Quy on. But the just went: ‘Let’s save ourselves a tuppence.’ Because that’s all it is at the end of the day.

“The guy’s been an Arsenal fan all his life. He’s one of their own. He’s worn the suit since day one.

“To tell him you don’t need him and he’s out, just like that, it isn’t right in my opinion.

“They’ve made all these low-paid people redundant and asked the players to take a pay cut but they’re still spending big money, aren’t they?

“I hope they bring him back like they say they will because they never should have done this in the first place. It’s wrong.”