Reports in Italy claim West Ham United have tabled a bid for Napoli defender Nikola Maksimovic – but may face competition from Fulham.

The Hammers’ need for defensive reinforcements has occupied many column inches over the past few weeks. They were linked with Swansea City youngster Joe Rodon on Monday and now manager David Moyes may be ready to look overseas.

Sky Sport Italia, via Football Italia, are reporting that the East End outfit have thrown their hat into the ring for Serbia international Maksimovic.

West Ham began their campaign with defeats to Newcastle United and Arsenal. They did stop the bleeding with Sunday’s comprehensive 4-0 home thrashing of Wolves. That result, however, has not changed Moyes’ thinking.

Maksimovic, 28, could be the man to solve the Scot’s problems and, at 6ft 3ins inches, he will be a sizeable addition to the club’s rearguard.

Compared favourably to Nemanja Vidic, the man with 25 Serbia caps boasts an impressive CV. Spells at Red Star Belgrade and Torino proceeded a switch to Napoli in 2016. He’s also enjoyed a short stint on loan with Spartak Moscow in 2017-2018.

Now in the final year of his contract with I Partenopei, Maksimovic is available and valued at around €15-20m.

Dialogue between the parties is said to have begun. However, it remains to be seen whether West Ham will match the Italians’ asking price.

One spanner in the works may be capital rivals Fulham, who have also been linked with the stopper. The Cottagers have already shipped 10 goals in their three top-flight contests since returning to the Premier League.

Manager Scott Parker has pleaded for new signings and, after Sassuolo’s Brazilian Marlon failed a medical, Maksimovic is reportedly on their radar.

Will Moyes land a target?

Six days is a long time in the transfer window, with many deals going through at the 11th hour.  However, the London Stadium club cannot afford to dally if they are to bolster their ranks.

Co-owner David Sullivan has already stated his frustration at a lack of transfer progress and things are getting desperate.

Links to St Etienne’s Wesley Fofana and Burnley’s England man James Tarkowski have gone quiet and any deals may be dead in the water. 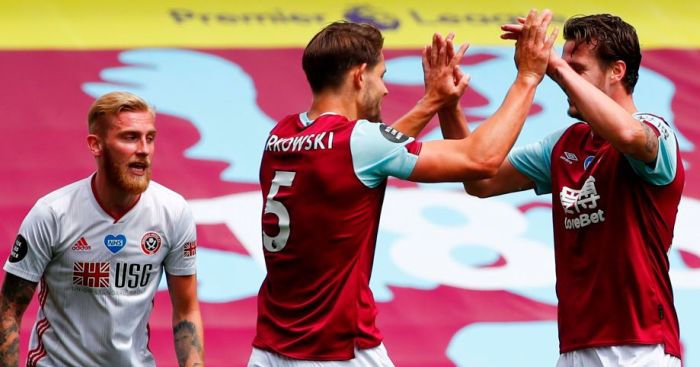 Rangers captain James Tavernier is the latest name to be mentioned but it is thought the Glasgow giants will fight to keep him. The 28-year-old can cover right-back, but it’s at the heart of defence that Moyes needs new bodies.