Arsenal face losing an expensive recruit in January after it was reported he wants out, while Leeds have a plan in place for life after Marcelo Bielsa, according to Wednesday’s transfer gossip.

PATIENCE RUNNING OUT FOR SALIBA AT ARSENAL

William Saliba is reported to be upset at his Arsenal situation and pushing his agent to secure a move away in January.

The France U20 international cost the Gunners £27m in summer 2019. However, he was allowed to stay at St Etienne for the season to complete his ‘football education’.

Since then though, Arsenal have signed Pablo Mari and Gabriel Magalhaes – pushing Saliba down the pecking order.

The defender had looked to secure a loan move back to St Etienne, but the move was blocked and he was forced to stay.

Saliba’s situation has been reviewed by Mikel Arteta and the Gunners boss does feel sympathy for the young defender.

However, Saliba is yet to play a single minute for Arsenal this season.

With his career stagnating, reports from France, via the Daily Star, claim Saliba is ‘fed up’ with the situation and pushing hard to leave.

That could result in a loan return back to St Etienne in January. However, the report indicates Saliba feels like a permanent exit away could also be a conclusion.

Despite his lack of game, Saliba recently stated he is enjoying his time at Arsenal and is eager to learn from Arteta.

“It is a big dream [to play for Arsenal],” Saliba said in an interview with Ian Wright. “It was a big dream becoming a reality for me.

“[Mikel Arteta] is very positive. Sometimes he would send me a message when I was at Saint-Etienne. So it’s good.”

Arsenal are back in action on Thursday when they tackle FC Molde in the Europa League.

Saliba will not feature, however, after being ommited from their 25-man European squad.

Leeds owner Andrea Radrizzani will not worry if manager Marcelo Bielsa leaves next summer and has a strategy in place. (The Sun)

Mohamed Salah could miss a large chunk of next season as Egypt want him for the Olympics and Africa Cup of Nations. (The Sun)

David Brooks is desperate to play in the Premier League, but says he would like to return “hopefully with Bournemouth”. (The Sun)

Neymar is reportedly ready to rule out a return to Barcelona and commit to Paris Saint-Germain. (The Sun)

Maurizio Sarri may return to management with Fiorentina and Roma both keen. (The Sun)

Neal Maupay was overlooked by Brighton at the weekend following an altercation with a teammate. (Daily Star)

Pep Guardiola has not ruled out Sergio Aguero returning early from a hamstring injury for Man City’s match with Liverpool. (The Guardian)

Pep Guardiola will give his Manchester City players a day off in the sunshine as a reward for all but clinching their place in the Champions League knockout stage. (Daily Mirror) 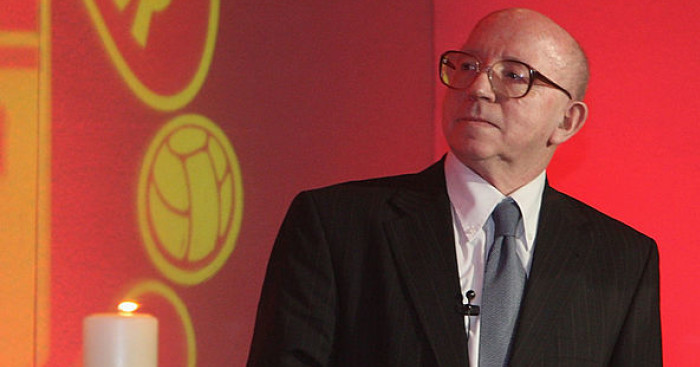 The FA will use next week’s friendly against the Republic of Ireland to pay tribute to legendary World Cup winner Nobby Stiles. (Daily Mail)

Ashley Williams will come into the Wales coaching staff to cover for Ryan Giggs. (Daily Mail)

Zinedine Zidane is confident Real Madrid captain Sergio Ramos will extend his stay at the club. That’s after he made it a century of goals during their 3-2 win over Inter Milan. (Daily Mail)

Calls are growing for footballers to receive yearly screenings to deal with the dementia crisis. (Daily Telegraph)