Tottenham have opened talks with Barcelona over the signing of two of their Brazilian players, while Wolves have agreed a deal to sign a Liverpool goalkeeper this summer, according to Thursday’s paper gossip.

Tottenham have contacted Barcelona about the availability of Brazilian midfielder Arthur Melo – and are open to including a Spurs player in any future transfer, according to a report.

The 23-year-old Brazilian made a promising start to life at the Nou Camp and was once considered as Xabi’s long-term successor in their midfield.

However, with the LaLiga giants plotting a mammoth clearout, Arthur is one of multiple stars whom Barcelona won’t stand in the way of selling should a suitable approach come in.

And according to the Daily Express, [via Mundo Deportivo] Spurs are the first to bite and have already made contact with the Spanish giants to see if they’d be willing to sell.

And the Spanish paper claims Spurs could look to negate the need to spend a fee on the former Gremio midfielder by offering their record signing Tanguy Ndombele in a straight swap deal.

Jose Mourinho has not held back in his criticism of the former Lyon midfielder, who was signed from Lyon in the summer for a reported club-record €62m, but has only managed to play 90 minutes five times for Spurs this season.

Speaking after the clash at Burnley last month, Mourinho accused the player of hiding and commented: “I hope he uses every minute on the pitch and every minute knowing what the Premier League is to improve.

“Many fantastic players in their first season in a new country for different reasons they struggle. There have been many examples of that. He’s a player with great talent.

“He has to know he has to do much better and know I cannot keep giving him opportunities to play because the team is much more important.

“I must work to try to improve the team, but coaches need players to cooperate in that work on their evolution and development.”

Arthur is under contract at Barcelona until summer 2024 and president Josep Maria Bartomeu has admitted Barca will consider swap deal this summer if an offer piques their interest.

“There is not going to be as much money in the transfer market because of the pandemic,” Bartomeu said.

“But I predict that we are going to see a lot more swap deals.”

Barcelona signed Arthur from Brazilian side Gremio for £35.5m (€40m) in 2018, with the midfielder making 67 appearances in all competitions, scoring four times and providing six assists.

And according to Mundo Deportivo, Arthur isn’t the only Barcelona star that Tottenham are interested in.

The Spanish publication claims Mourinho is also keen on signing right-back Emerson, though this deal could be seriously more complicated.

The player moved to Real Betis in a €12.7m deal from Brazilian side Atletico Mineiro in January 2019, with the transfer co-funded by Barcelona.

The full-back is due to move to the Nou Camp in summer 2021 for a further fee of €6m due to Mineiro, meaning any move to Tottenham would likely mean some sort of dialogue between the two LaLiga sides over how that fee would be split. 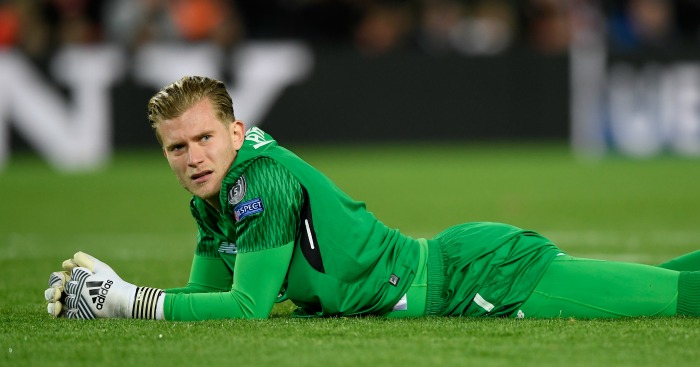 Liverpool have reached an agreement with Wolves to loan Loris Karius to Molineux next season, according to reports in Turkey (Daily Express)

PSG will apparently let Kylian Mbappe leave for free once his contract expires in 2022, rather than accept any transfer fee for him (Daily Express)

Real Madrid are looking to sell 11 players with Gareth Bale, Luka Modric and Marcelo among the names on the list (Daily Express)

Arsenal are holding talks with £50m-rated Thomas Partey over a move, the player’s dad has confirmed (The Sun)

The scale of the operation required to play a single Premier League match behind closed doors has been revealed by official documents in Germany, with Bundesliga chiefs saying a minimum of 322 people are needed (The Sun)

Alexis Sanchez has endured a “traumatic” year while on loan with Inter Milan, according to Chile boss Reinaldo Rueda (The Sun)

Mauricio Pochettino is interested in holding talks with Newcastle United when the club’s takeover is complete, according to reports (Daily Star)

Liverpool could miss out on £18m in bonus payments if Barcelona offload playmaker Philippe Coutinho to Chelsea this summer, it has emerged (Daily Star)

Michael O’Neill has turned his back on a £500,000 Euro 2020 bonus after stepping down as Northern Ireland manager on Wednesday (Daily Mail)