Manchester United are ready to step up their bid to land a Barcelona star after a training ground faux pas, while Dele Alli has been offered an escape route from Tottenham, according to Tuesday’s paper gossip.

Barcelona forward Ousmane Dembele arrived late for training on Monday amid rumours that Manchester United are preparing to move for the player.

The 23-year-old, who made just five appearances in LaLiga last season, turned up at Barca’s Ciutat Esportiva training ground at 10.15am according to Spanish publication AS (via the Mirror) – a quarter of an hour after he should have clocked in.

Dembele has a reputation for not always showing up on time, with the player once arriving a full two hours late for training session back in 2018.

The France winger has been linked with a move to Old Trafford in recent months, as a potential back-up option to top target Jadon Sancho.

United have so far been frustrated in their efforts to land the Dortmund man, and Dembele would be a cheaper alternative.

The attacker came on as a substitute in Barcelona’s 4-0 win over Villarreal on the opening day of the new season, but the club are known to be desperate to sell some of their biggest earners.

He has also suffered from a number of injury issues, which could be a warning sign for United.

Speaking on the Transfer Window Podcast, transfer expert Duncan Castles stated his belief that United could swoop for Dembele if they cannot get a deal done for England man Sancho.

“I’m told there has been contact between United and Dembele’s agent,” Castles said.

“In that discussion I’m told Dembele’s agent demanded what was described as ‘Mino Raiola money’ to make that deal happen.

“United are basically looking for a relatively cheap solution and to take advantage of Barcelona’s financial problems in that sense.”

United have still only made one signing this summer, in Donny van de Beek, and are also in the market for a centre-back and a striker.

Paris Saint-Germain are ready to offer Dele Alli a Tottenham escape route on a season-long loan. (The Sun)

Leeds will move for Rangers star Ryan Kent if they fail to land top target Daniel James from Manchester United. (The Sun)

Lazio are reportedly in deep negotiations with Shkodran Mustafi over a deal to bring the Arsenal defender to Italy. (The Sun)

Manchester United have made an enquiry into Ismaila Sarr’s availability at Watford. (Daily Telegraph)

Sheffield United have reportedly made a £17m bid for Liverpool striker Rhian Brewster and are crucially open to the prospect of a buy-back clause. (Daily Mail)

Leicester are set to make a new bid for James Tarkowski in the coming days, with Burnley prepared to sell the defender for about £37m. (Daily Mail)

Borussia Dortmund are reportedly concerned about the structure of a potential deal that would take Jadon Sancho to Manchester United. (Daily Star) 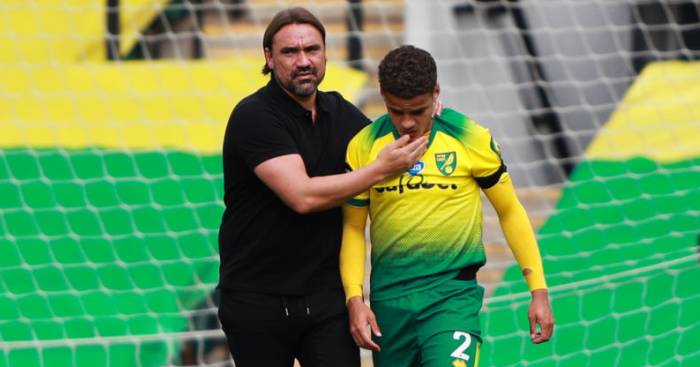 Everton have reportedly dwindled their list of defensive transfer targets to two players in the final week of the window. (Daily Express)

Manchester United have made an initial bid for Porto’s Alex Telles, with the club valuing the left-back at around £12m as he can be signed without a fee on a pre-contract in January. (The Guardian)

Anthony Stokes is wanted by Robbie Fowler, who is on the verge of becoming manager of East Bengal in India, as the former Celtic and Hibernian striker eyes his next challenge. (Daily Record)

Hibs are keeping a close eye on Allan Campbell’s situation – as his Motherwell contract is due to expire this summer. (Daily Record)

Motherwell are keen to bring Devante Cole back to the club before the close of the window. (Daily Record)

Neil Lennon is plotting a move for Bristol City wing back Niclas Eliasson. That is if a third bid for Alfie Doughty fails. (Scottish Sun)