Manchester City manager Pep Guardiola has hinted that Sergio Aguero could be fit for next month’s Champions League clash against Real Madrid.

City’s top scorer has been sidelined since undergoing knee surgery last month and had been ruled out of the delayed Champions League last-16 second-leg encounter at the Etihad Stadium on August 7.

Speaking at a press conference on Friday, Guardiola said: “I think against Madrid everyone will be fit, apart from (Benjamin) Mendy, who is suspended. The other ones are fit.”

Aguero, who has scored 23 goals this season, limped out of City’s 5-0 victory over Burnley on June 22. That was City’s first game after the resumption of the Premier League following the Covid-19 stoppage.

He underwent surgery in Barcelona within days and, while Guardiola expressed hope Aguero might be fit for the latter stages of the Champions League, he described playing in the Madrid game as “impossible”.

City will carry a 2-1 aggregate lead into the game against Madrid after victory at the Bernabeu in February.

ARSENAL PLAN TO SCUPPER CITY IN RACE FOR MIDFIELD ENFORCER

Arsenal have emerged as a contender to sign an Aston Villa midfield general, though Man City could have the final say.

Central midfield has long been a concern for various managers at The Emirates. 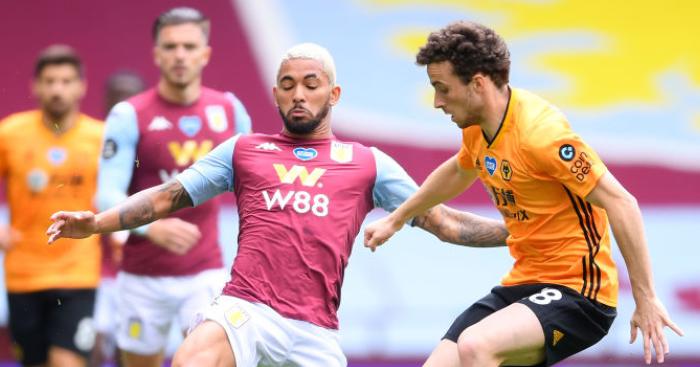 Mikel Arteta is no different, with Matteo Guendouzi and Lucas Torreira both rumoured to be departing this summer.

The purse strings are expected to be tight for the Spaniard regarding incomings, however, while the latest regarding the contract situaition of Pierre-Emerick Aubameyang could tie up further funds.

Arteta will therefore have to be shrewd in the market. Leading to speculation of a swoop for Villa midfielder Douglas Luiz.

90min report that Arsenal are weighing up a move for the Brazilian, who has impressed this season despite Villa’s struggles.

Arteta is described as a ‘long-standing admirer’ of Luiz from his time at The Etihad.

Luiz departed Man City last summer for a fee of around £15m. But Pep Guardiola’s side were reportedly reluctant to sanction his departure. Read more…