Leeds star Kalvin Phillips says Ben White felt “gutted” when his chance to play in the Premier League under Marcelo Bielsa fell through in the summer.

The central defender was a standout star for the Elland Road outfit as they secured promotion to the top-flight. He played all 46 games as Leeds kept 22 clean sheets and stormed to the title.

His displays prompted Leeds to try and make his loan deal from Brighton a permanent one. Three bids were made according to Sky Sports, with Leeds going as high as £25million.

But Brighton had clearly been monitoring his progress closely too and rejected each one.

White has now been given his chance at the Seagulls since the move fell through. He’s played in all six of their Premier League games.

However, before his role as a regular starter at the Amex was known, Phillips said his former team-mate was keen to stay with Leeds. The two are still in close contact.

England midfielder Phillips told Leeds That podcast: “Obviously he was gutted at the time when he didn’t sign.

“But it came to a point where you have to just forget about the chance to play for Leeds and just play football.

“I don’t really talk to him about football now, just ask how he and his family are doing.”

While Leeds fans were sad to see White return to Brighton, they’ve had too much good stuff to focus on rather than dwell.

When the White deal fell through, Leeds moved for Freiburg stopper Robin Koch. 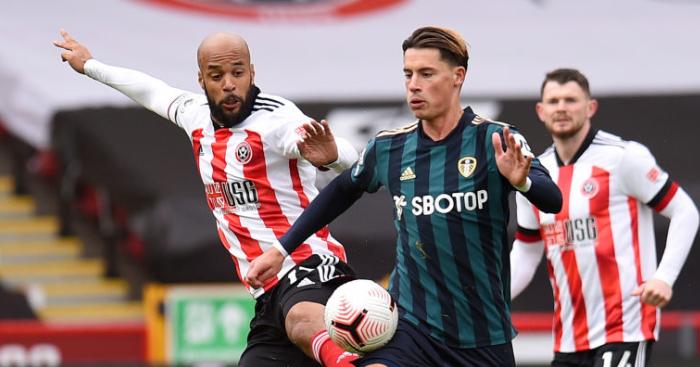 And the German has been a hit with Bielsa, playing every minute of the Whites’ Premier League campaign so far.

Leeds have started brightly and sit sixth going into the weekend’s fixtures.

Koch, meanwhile, has also appeared twice for Germany this season.

He came on as a substitute in the 1-1 draw with Spain in the Nations League. And he started in the 3-3 friendly draw with Turkey.

The 24-year-old now has four caps for his country.

The post Phillips reveals what White said after missing out on summer move to Leeds appeared first on teamtalk.com.