Christian Pulisic is confident that the influx of talent to Stamford Bridge can lead to Chelsea hoisting more silverware this season.

The Blues actually won 11 major trophies in the last decade. That tally was only matched over the same period by Manchester City.

But last season as they felt the effects of a transfer ban, Frank Lampard’s side emerged empty-handed.

They lost their Super Cup showdown with Liverpool. And, more frustratingly, were defeated in the final of the FA Cup by Arsenal.

Chelsea have endured a mixed start to the new season as their host of £200m summer signings try to bed in.

However, their big-name rivals have also suffered shock defeats and Pulisic is confident the club can make big strides.

He told CBS Sports (via Metro): “We’ve brought in more experienced players this year with some new signings, and I think we also have a great group of young guys so I think it’s a really good mix.

“Last year was more of a transition year where obviously we couldn’t sign any new players, but we still had some of the guys who’d been there.

“What was great about last year is a lot of the young guys got a lot of experience.

“This year there’s definitely a boosted confidence, we’ve got an edge. We’re ready, we want to compete, and we want to win titles.”

Pressed on whether Chelsea are ready, the American responded: “Chelsea is a club with a lot of history that always wants to compete and win titles.

“Our goal is to finish at the highest standing in the Premier League and win every trophy available, Champions League included.

“We’ve got a great group of guys, we’re going to compete, and we’re hungry to win titles.

“Absolutely. Why not? That’s right where we want to be.

“I think that’s realistic, and we’re gonna compete hard to get those trophies.” 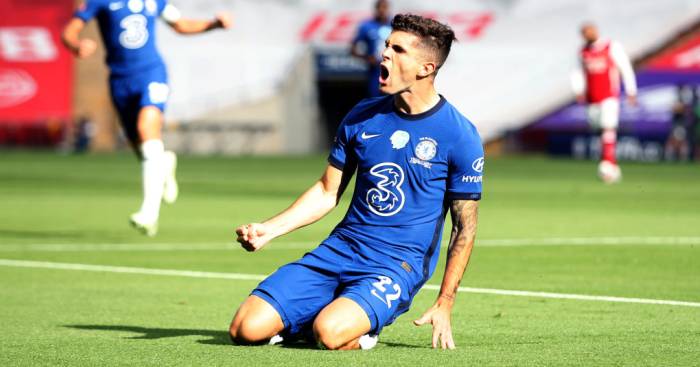 Pulisic has missed most of the current campaign with a hamstring injury.

But he did return as a late substitute in Chelsea’s 4-0 home win over Crystal Palace last Saturday.

“It felt great,” he said. “I had had another tough injury, and it was really hard work to get back out there.

“I’m really excited I got some minutes on Saturday before the (international) break.

“Now I just wish we had a game sooner, to be honest. But at least I’ll get a little rest.

“I was just really happy to make my season debut. It felt like a new beginning almost.

“A new number (10), a new season. Obviously there are a lot of new players, too. Just a really great feeling overall.”

He scored five goals in his final 11 matches. That included strikes against Manchester City and Liverpool and the opening goal in the FA Cup final.