Tuanzebe has emerged as a shining light for United amid their current gloom. Indeed, he kept Paris Saint-Germain stars Kylian Mbappe and Neymar at bay in his first outing of the season.

What’s more, he then helped the Red Devils keep a clean sheet against RB Leipzig. However, his Champions League form has not translated into a Premier League appearance.

In United’s latest European game, Tuanzebe lasted only 45 minutes as his team lost 2-1 to Istanbul Basaksehir. Solskjaer insisted that, after his yellow card and being a goal down, the centre-back’s substitution was the right call.

However, Parker claims Solskjaer “dragged” the 22-year-old off and feels his exit was a reflection of his overall treatment by his manager.

“I am worried about Tuanzebe and how he has been treated by Ole Gunnar Solskjaer,” the pundit told Eurosport.

“He had a great game against Paris Saint-Germain, then had no involvement until the next Champions League game. 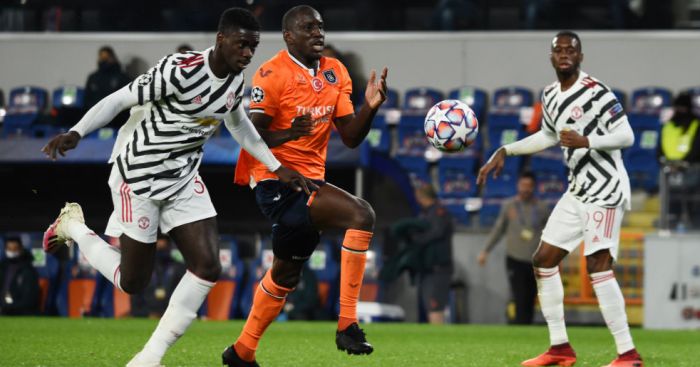 “He got another opportunity last night and then got dragged off. I’d be concerned about how that will affect him mentally.

“He might wonder why he was subbed when he wasn’t at fault for the goal, and be looking at the £80 million captain (Harry Maguire) alongside him.”

United‘s latest defeat – their second in a row – particularly caught the eye for all the wrong reasons.

Indeed, Parker highlighted Demba Ba’s freak opener after 13 minutes as a prime example. The striker found himself the closest man to the United goal after their short corner and benefitted when the ball was cleared away.

Maguire must take the blame

“As a player, when something this embarrassing happens, it’s absolutely awful,” Parker added. “I had to rewind the play just to work out what had occurred.

“If it was late in the game and they were chasing a result, then I could understand how it could have happened, but even then I would have expected Dean Henderson to have pushed up closer to the halfway line to sweep in.

“To be caught out like that so early in the game is astounding. When you pay such huge sums for players, like Harry Maguire, you expect them to think for themselves and organise the side. Maguire didn’t do that.”

The post Pundit fears for Man Utd star being ‘dragged’ through mire by Solskjaer appeared first on teamtalk.com.