Agent Mino Raiola is trying to send Moise Kean back to Juventus to end his spell at Everton, according to reports in Italy.

Kean has not lived up to expectations since moving to Goodison Park last summer. He scored just two Premier League goals in his first season.

While Carlo Ancelotti remains confident in the player, Kean’s long-term future may lie elsewhere. According to Tuttosport, he could even return back to where he came from.

The Italian newspaper (via Sport Witness) claims Kean could become the next attacking reinforcement at Juventus.

The Serie A champions have just re-signed Alvaro Morata, but could take another striker as a deputy. At present, the most likely option is Kean.

The 20-year-old came through the youth ranks at Juventus before scoring seven goals in 16 games for their first team. Even though he has not shown the same efficiency in England, those back in his homeland remain aware of his potential.

However, Juventus are only willing to take him back on loan – potentially over multiple seasons. They need Raiola’s help to convince Everton that would be suitable, though – and so have been in talks with him for the past few weeks,.

Having spent €30m on Kean last summer, Everton will be keen to ensure that money hasn’t been a total waste. In fact, they still believe he can find his form to repay their investment.

Should Juventus come forward with an acceptable offer, though, Everton will have some thinking to do. 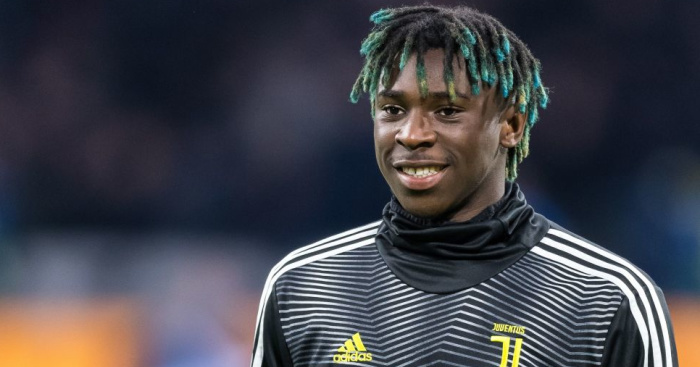 A recent report suggested Everton would be willing to sell Kean if the right offer came in, as part of an 11-man transfer list.

The Toffees have recently signed James Rodriguez, Allan and Abdoulaye Doucoure, meaning they now need to clear space in their ranks.

Kean was one of 11 names mentioned in a report detailing the players Everton could make available.