West Ham United sold Grady Diangana to West Brom yesterday and it seems that the players are not too happy with the decision.

The likes of Mark Noble and Arthur Masuaku have made their disappointment public already and now Jack Wilshere has aimed a dig at the club with his comment on Instagram.

The West Ham midfielder sent out a message to Grady Diangana after his sale stating that he will be joining a club that respects him. Wilshere also wished him success in future. 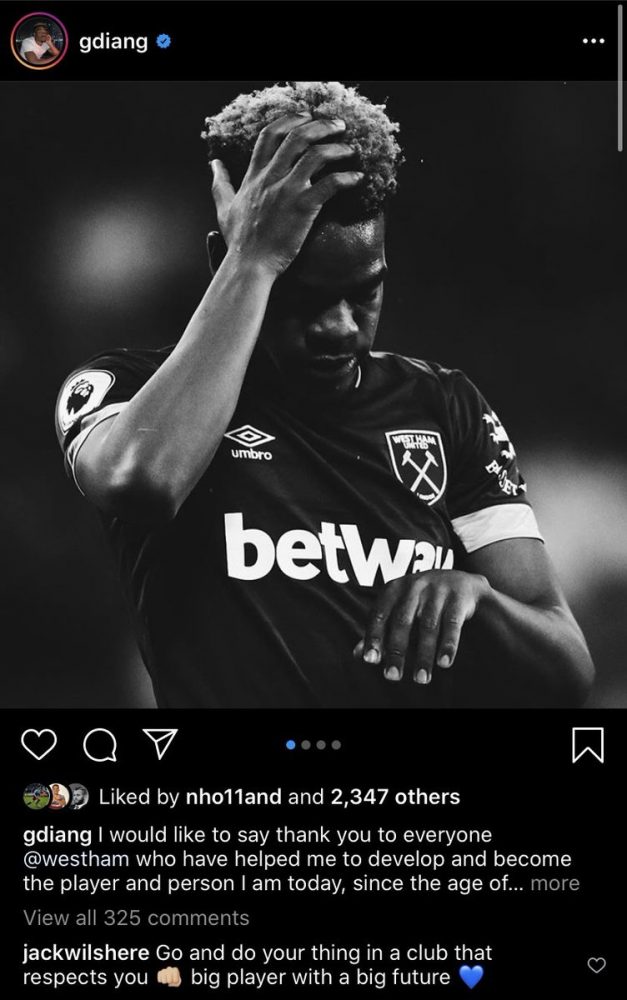 Diangana was on loan at West Brom last season and he returned to the club after an impressive season in the Championship. The 19-year-old was expected to be a key player for the first team next season but the Hammers eventually decided to cash in on the player.

It will be interesting to see how West Ham replace the player now. They needed a quality wide player this summer and Diangana would have been a quality option for them.

The winger is very young and he has massive potential. He could have developed into a star for them.

The fans and the player seem unhappy with West Ham’s decision and it remains to be seen whether the Londoners can appease the squad and the fans with a signing now.

They have been linked with Said Benrahma from Brentford.