Boss Brendan Rodgers insists Leicester are ready to face Leeds and will never underestimate them.

Leeds have scored 12 goals in their opening six games, the most for a newly promoted club in the Premier League for 27 years, and Rodgers knows the threat Leicester face.

Rodgers said: “I took Swansea up and I know the challenges you have being a newly promoted team. When we got promoted it was deemed we were just a team coming up and it wasn’t until after teams realised the level of our game.

“We won’t make that mistake with our preparation (for Monday). We see the quality they have, the focus, the mobility.

“I love Marcelo Bielsa from way back. I started coaching in the 1990s and when I was looking into coaching, different managers and different styles he was on my radar when he was with Argentina.

“He came into Europe with Athletic Bilbao. You saw the unique style he has in terms of man-marking and the intensity with which his teams play.

“I was delighted when he came to Leeds, they have a great tradition in the game. It didn’t quite work in the first year but in the second year he got them over the line. They have come into the Premier League and been outstanding.” 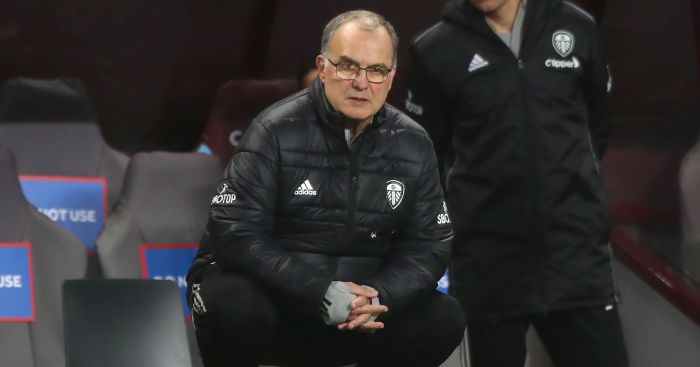 Caglar Soyuncu and Wilfred Ndidi (both groin) are out and Daniel Amartey (thigh) is side-lined along with Timothy Castagne (hamstring).

Jonny Evans could return after a back problem and Ricardo Pereira travelled to Athens but is still a few weeks from returning from his Achilles injury.

“We took Ricardo out to continue with his rehabilitation,” added Rodgers.

“He’s obviously getting close, but he won’t feature before the international break.

“But we’re hopeful that, after that, he will be available to take part, so it’s great news for us. He’s progressed really well.

“He’s worked ever so hard and is now starting to join in with parts of the sessions with the outfield players and we just wanted to keep that rehab going so we took him out with us.”

The post Rodgers confesses ‘love’ for Bielsa ahead of Leicester’s trip to Leeds appeared first on teamtalk.com.