Brendan Rodgers pinpointed the ‘outstanding’ contribution one player playing out of position as vital in the 3-0 victory achieved by Leicester at West Brom.

Leicester cruised to their first victory of the campaign thanks to a brace from Jamie Vardy and debut goal from Timothy Cstagne.

Speaking to BBC Sport about the win, Rodgers said: “It was a good win for us in the end. I thought we were very dominant and good going forward. It’s always tough going to a newly promoted team.

“The first half was a bit slow – we didn’t penetrate enough. Once we found our rhythm, we played very well in the second half. We created chances and looked to attack the game.

“I’ve watched Timothy Castagne for a number of years – he fits the profile of how I want to work. He’s fast, non-stop running – he wants to score but he can defend – good composure. He’s a brilliant signing for us. He’ll prove to be a really good asset for us.”

Regarding the ever-reliable Vardy, Rodgers said: “Great composure. He’s a box player. He’ll never be dropping underneath with bright intricate play but he’s a killer in the box. Whether from a cross or penalty he’s got the eye to score. He never looked like missing.” 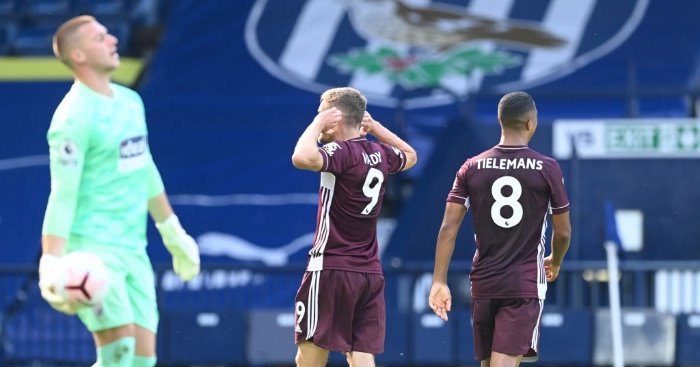 Speaking on the versatile player’s performance, Rodgers added: “Outstanding. He’s played 60 minutes there in a pre-season friendly. He did play there earlier in his carrer. He’s got the profile to play there – he’s big with a good leap.

“Even if he’d played there all his life it would be tough coming back from everyone playing different systems with national teams. It would always be difficult to be cohesive after a couple of days training.”

Belgian Castagne notched on his debut, but was quick to put the attention back on the team: “First of all we got the win. We didn’t get a goal against us and I got my first goal. It was a dream debut.

“It’s nice to play with him [fellow Belgian Dennis Praet]. He gave me a very nice assist. I had three training sessions, I still have some things to learn like the runs they make. 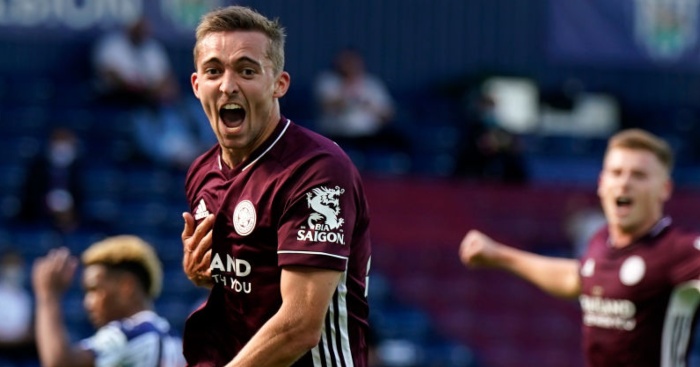 “I like this type of play, also the pressure. That’s why I came here. I played in the back four in Belgium so I’m quite used to it – although it’s not the same level. The coach helped me a lot in these three days.”

Vardy noted the importance of a quick start following on from their unfortunate collapse at the tail end of last season.

“It’s massive for us, especially with how we finished last season and not having long to turn it around,” said the 33-year-old. “We are delighted for three points.

“I practice penalties every week so I knew where I would hit those. I’ve enjoyed playing here over the years and scoring goals so that celebration was for the West Brom fams at home.

“Timothy Castagne was brilliant, he thoroughly deserved his goal and he gets into those areas. Wilfred Ndidi did brilliant in defence.”