Maurizio Sarri described himself as a “dreamer” on Friday and called on Chelsea to show patience in him and his methods, which he has no plans to change.

Wednesday’s 4-0 loss at Bournemouth was Chelsea’s worst Premier League result in over 22 years and head coach Sarri returned to London separately from his playing squad, following a lengthy dressing-room inquest, to begin preparations for Saturday’s clash with bottom club Huddersfield.

The 60-year-old defended his tactics when facing the media on Friday, stressing his opposition to altering his favoured 4-3-3 formation with Jorginho as a central playmaker.

And the Italian, appointed as Antonio Conte’s successor last July, pointed to the example of Jurgen Klopp at Liverpool, who had a challenging start at Anfield before leading a title challenge to Manchester City and Tottenham this season.

Sarri said: “The situation is very clear. There are three teams above the others.

“English football is in the hands of these teams because they had a plan and they were patient.

“I want to remember that in the first season Klopp and Liverpool were in the middle of the table (the Reds finished eighth in 2015-16).

“I am a dreamer, I want to play my football.”

Sarri refuses to compromise on his footballing principles – or even to have a contingency plan.

“Everybody 10 years ago knew Barcelona very well, but Barcelona won everything, because Barcelona played their football very well.

“First of all I want to play my football very well. Then I can change.” 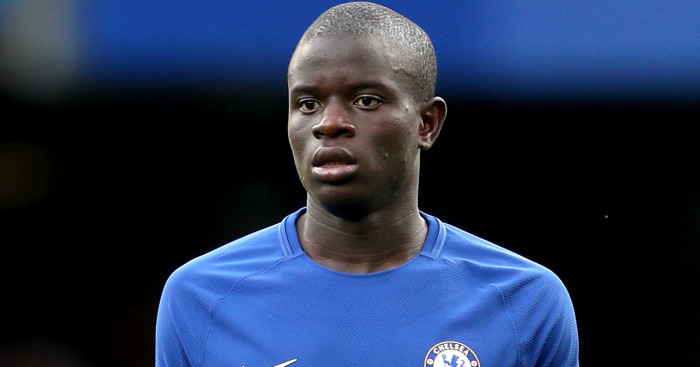 Sarri was asked if he would consider playing N’Golo Kante in Jorginho’s role. The France World Cup winner has excelled throughout his career in deep midfield but nudged farther forwards on the right to accommodate the Italy international.

Chelsea are fifth entering this weekend’s fixtures, behind Arsenal on goal difference, but are in next month’s Carabao Cup final against Manchester City.

The Wembley clash comes at the end of a week which sees them play Manchester United in the FA Cup fifth round and Malmo in the Europa League last 32 second leg.

Sarri admitted the job is more difficult than he anticipated.

Sarri says he wants to take a collaborative approach to improve Chelsea, with input from his players, with whom he held a lengthy dressing-room inquest at Bournemouth.

Sarri added: “Probably we are doing something wrong, the staff and coach first of all. Probably I am not able to motivate them.

“It’s a part of my job, of course. But I want first of all to change the mentality.”

One player singled out by Sarri recently was Eden Hazard, the forward who is out of contract in June 2020 and has been linked with a summer move to Real Madrid.

Sarri said: “I think he’s changing. He was used to playing as an individual player, now he has to play in a co-operative way.

“It’s not easy for him, because he became Hazard playing in another way.

“I think very well that it’s not easy. But I can see that now he’s more available to playing this way. Of course he needs to improve.”

The post Sarri compares himself to Klopp as he demands patience from Chelsea appeared first on teamtalk.com.