A former Liverpool midfielder who struggled for match time during his period at the club has spoken out about his experiences.

Suso, who now plays for Sevilla, has opened up about his playing days on Merseyside.

The Spain international was scouted by the Reds aged 15 when he was coming through the ranks at hometown club Cadiz.

He initially joined Liverpool’s academy on loan before signing his first professional contract on his seventeenth birthday in 2010.

The Spaniard made his first team debut in September 2012 against Swiss outfit Young Boys in the Europa League.

However, Suso found it hard to maintain a place in the team and eventually was loaned out to Almeria for the 2013/14 season.

After returning and still being starved of game time, he decided to leave permanently for AC Milan in 2015.

In all, the playmaker featured in just 21 games in five years at Liverpool, scoring once.

In contrast, at Milan he made 153 appearances, scoring 24 times and providing 36 assists.

Following a happy 18-month loan spell at Sevilla, he completed a transfer to the La Liga club in July for £22million.

Speaking to Goal, Suso reflected on his career so far, including his time at Liverpool.

“What I have, I have worked for, my family has helped me a lot. It was a very delicate and very strong thing to leave when I was 15 years old, for me and also for my family.

“It is clear that what I wanted was to play football and I have done it.”

The 27-year-old touched on the different experiences he had at each of his clubs.

He added: “They are different stages [in my career]. At Liverpool, it was just when they changed ownership, at Milan I also had several managers.

“Whether in La Liga, the Europa League or the Champions League, Sevilla is always an uncomfortable opponent.

“It’s a beautiful thing because you know that Sevilla is always going to compete against any team.”

Suso on enjoying the Italian game 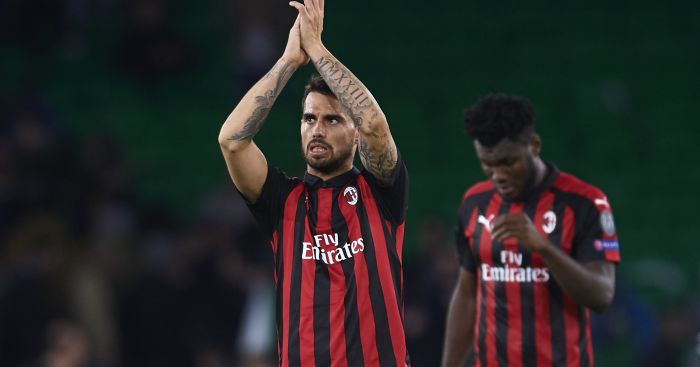 Suso said he looks back upon his days at AC Milan with great fondness.

He continued: “I left Liverpool after an operation and the first two months were complicated because I had just come back from the injury, after being out for five months.

“I think it was a beautiful period in Italy. Compared to Liverpool, it is more similar to Spain, and that part was very good.

‘Football is slower, more organised and tactical than here. Here, we play with the ball more, but I got good things from everywhere. They were five very enjoyable years.”

His current side sit sixth in La Liga after picking up 16 points in ten games.

The post Shunned ex-Liverpool man speaks out about his ‘delicate’ stint at Anfield appeared first on teamtalk.com.