Manchester United could call time on Ole Gunnar Solskjaer’s reign as manager if the club fails to convincingly beat relegated Cardiff on Sunday.

That’s according to Sky Sports pundit Paul Merson, who claims United’s board will be horrified by the side’s struggles in recent weeks and anything less than a handsome win on the final day could cause them to bring the axe down already on the Norwegian.

Solskjaer impressed after initially succeeding Jose Mourinho in the United hotseat, winning an impressive 17 of his first 20 games and leading the club into top four contention and the quarter-finals of the Champions League.

But since being confirmed as permanent manager, United have drastically fallen away, having won just two of their last 11 matches. The club will finish either fifth or sixth in the table and must contend themselves with Europa League football next season.

And Merson claims such has been United’s form of late that had Solskjaer started his reign with their current form, there would have been no chance he’d have landed the job on a permanent basis. Those views were echoed recently by Paul Ince too.

And explaining why United could even sack Solskjaer, Merson told Sky Sports: “Nothing surprises me in football, if they lost to Cardiff who knows what would happen. I wouldn’t know.

“I don’t see Solskjaer being on a Mourinho contract, where you’d have to pay £15m to get him out of it – I think there’ll be serious meetings if they don’t win this game.

“You’d have to seriously think if they’re not wiping the floor with Cardiff, they’ve made a mistake with Solskjaer. If he’d had this run at the start, would he be permanent manager now? No, he wouldn’t.”

United have lavished huge sums in the transfer market in recent seasons, but Merson reckons United – who were on Friday linked with Swansea’s Dan James – reckons a change of approach is now essential. 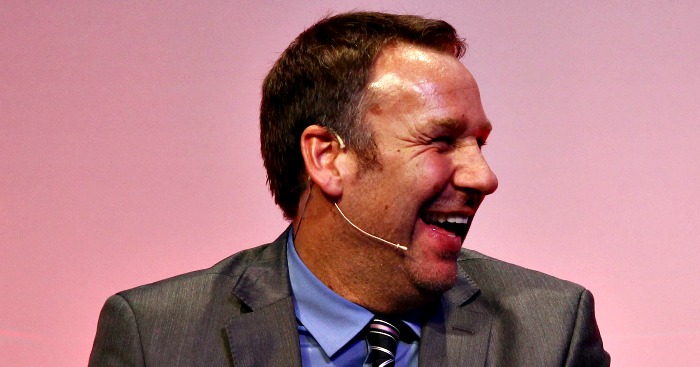 “Solskjaer’s said agents are calling him, yeah of course they are. They know United are in a situation where they’ll play money willy-nilly, and willy-nilly wages, and that’s what’s happened for the last God-knows how long at United,” he said.

“[Alexis] Sanchez? Man City want him, oh yeah, we’ll pay him whatever he wants. They’ve got to draw a line sooner or later, not just bring in players because they know Manchester United will pay top dollar.”

Solskjaer, meanwhile, has already waved the white flag on United’s Premier League title hopes for next season. Bad times for all connected with Old Trafford.