Ole Gunnar Solskjaer revealed that his game plan worked to perfection after Man Utd booked their place in the FA Cup 5th round at Arsenal.

United made it eight wins in a row under the Norwegian after recording a 3-1 victory at The Emirates on Friday night.

Alexis Sanchez, Jesse Lingard and Anthony Martial were all on target in another impressive display from the Red Devils, while Pierre-Emerick Aubameyang notched for Unai Emery’s men.

Solskjaer told BBC Sport after the game: “It’s fantastic to go through in the cup. It’s one of the hardest games you can get.

“I’ve had a [selection] headache since I came because the squad is full of good players. It’s up to us to pick the right tactics and players. We need to rest a few as there’s big games coming up. But we have fresh legs. 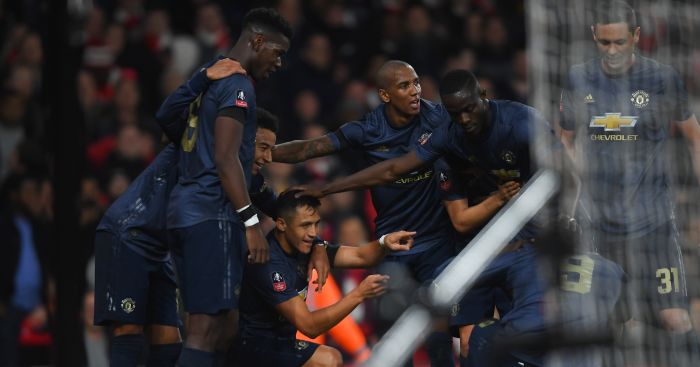 “Today we looked more like a proper team. We looked more structured. We’d worked hard at defending and counter-attacking. Counter-attacking is classic Manchester United – Wayne Rooney, Cristiano Ronaldo, Ji Sung-park – we’ve scored so many at Arsenal over the years.

“Today was a big step forward. It was a massive improvement from the Tottenham game. It’s easy to get excited and talk about the future but we need to just keep working and think about the next game.

“We had to dig deep. The attitude and work-rate was important. Towards the end it was comfortable but not during the 90 minutes.”