Striker Greenwood has not made it into the Three Lions‘ November camp, unlike Manchester City youngster Phil Foden.

Southgate sent the pair home after they broke Covid-19 rules in Iceland, but their manager insists that incident is over.

Instead, the coach says the pair have different qualities and that Greenwood’s lack of game time hindered his chances.

“They don’t come as a pair, they are individual players with their own strengths and individual talents,” Southgate told reporters at his virtual press conference.

“We are looking at the balance of the squad positionally firstly. Phil has had a lot of football with his club most recently and Mason has had less game time with United.

“I have had a good chat with Ole about his development and I feel it is better for him to stay at the club at the moment, to develop over the next few months.

“But they are both available, there was no carryover from September, that is done. Both are available for selection and are going to be very good players.”

Since the pair’s troubles, Foden has scored three times in six Premier League games. Greenwood, however, remains out in the cold with the 19-year-old once again missing the cut.

England face three games in the upcoming international break, meeting the Republic of Ireland in a friendly next Thursday.

After that, their Nations League group reaches a conclusion against Iceland and Belgium. 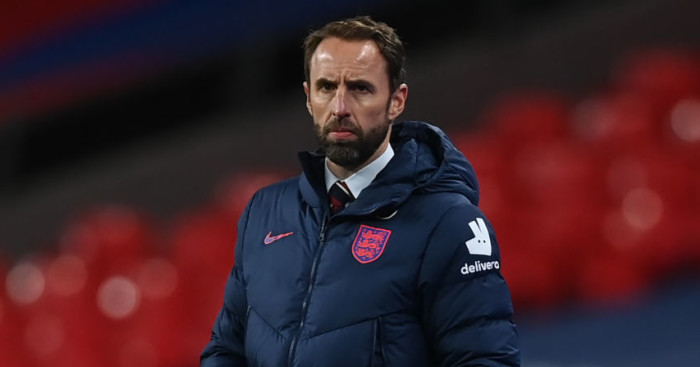 There seemed to be space for Greenwood after Danny Ings suffered injury for Southampton. However, Southgate opted against bringing in either the United striker or Newcastle’s Callum Wilson.

Other players pushing for a spot, but who missed out, include Aston Villa midfielder Ross Barkley and United left-back Luke Shaw.

Shaw’s Old Trafford team-mate Dean Henderson is in the squad, though. He remains the only player without a senior cap in the 29-man ranks.

Harry Maguire and Reece James also feature after the pair were sent off as England lost 1-0 at home to Denmark last time out.