Tottenham midfielder Harry Winks is thrilled that he has been able to feature so regularly for Spurs this season after banishing concerns over an ankle injury.

The 23-year-old came into this season thinking he would have to manage the ankle problem that ruined his World Cup hopes.

Winks suffered the problem in the latter part of last season and had to go to under the knife, ruining any chance he would go to Russia with England in the summer.

Boss Mauricio Pochettino warned at the start of the campaign that the injury would still need to be managed, suggesting Winks might not feature too regularly.

However, the opposite has been true as the 23-year-old has been a key presence in Spurs‘ midfield while others have fallen around him.

He has made 23 Premier League appearances, putting over 1,300 minutes on the clock amid a gruelling fixture list.

Winks said: “It’s been fantastic, since the beginning of the season, I set some aims, I set some goals and that was just to play as many games as possible and stay fit all season and it has been good so far.

“I have played a lot of matches, which is what I wanted and hopefully fingers crossed I will stay injury free. It has been everything I wanted since the beginning of the season.

“I still have niggles here and there in my ankle which I am managing to play with.

“I have managed to somehow put that to the back of my mind and not focus on it much and probably not worry or overthink as much as I should have.” 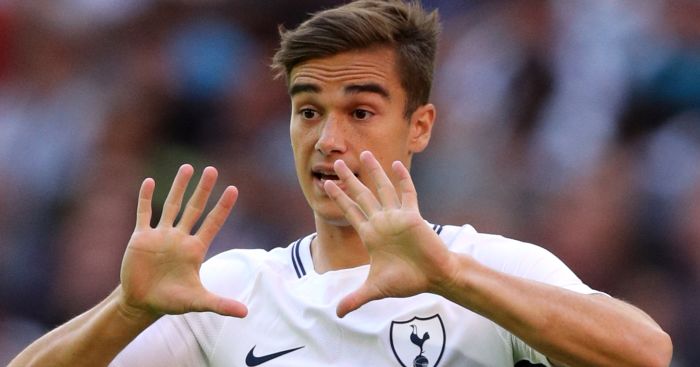 Winks has played so much partly down to the fact that Eric Dier, Moussa Sissoko, Victor Wanyama and before he was sold Mousa Dembele have all spent time in the treatment room.

Dembele’s November injury followed by his January exit to China could have hit Spurs hard, but Winks has ensured that has not been the case – not that he felt any pressure.

“I learned a lot from Mousa, not only was he fantastic on the field as everyone knows but he was top off the field as well, he was a real humble guy and a nice person to speak to,” the England international said.

“On the pitch he was one of the best players I have ever played with and I wish him all the best.

“I don’t feel the pressure, we have got a lot of good players who can step up to the plate and I don’t consider myself as someone who has taken Mousa’s place, it is more a collective thing and if I am given the opportunity to play then I’ll play.”

Winks enjoyed a happy 23rd birthday on Saturday as Spurs beat Newcastle to temporarily move into second place in the Premier League.

They remain clear outsiders in the title race, but with Liverpool and Manchester City still to visit they could still have a say.

“It’s difficult, we lost to Wolves and people said that we were out of the title race and it’s time for us to get top four and then we won against Newcastle and people say we are back in it,” Winks added.

“We don’t really get involved in that whirlwind, all we do is take it game by game and focus on the next opposition.

“At the end of the season we will be looking into that and see where the title is.

” We have still got Man City to go to and Liverpool to go to, they are two games that if we want to be title contenders we have to win, for now we are happy with the position we are in, we are doing really well and that is the most important thing.”