English forward Bobby Duncan has signed a three-year deal for English Championship side Derby County one year on after his controversial move from Liverpool to Fiorentina.

The 19-year-old will hope to get his career back on track after failing to make a first-team appearance in Italy despite scoring four goals in 12 appearances for the Serie A side’s youth side.

Duncan joined Fiorentina from Liverpool for a £1.8 million fee with a 20% sell-on clause included in the terms.

He will initially join Derby’s under-23s, and he will be keen to impress in training and matches in order to link up with Wayne Rooney and co in the senior team.

Not many Liverpool fans were happy with how Duncan left, and the cousin of Reds legend Steven Gerrard has a lot to prove going forward.

Derby are offering him another chance, and here is how the Rangers manager and Liverpool winger Harvey Elliot have reacted to his move to Pride Park:

I am delighted to have signed for Derby County Football Club. I would like to thank Manchester City, Liverpool & AFC Fiorentina for the parts they have all played in my development to date and for the Footballing & life experiences they have each granted me. I took the move to Italy with only one thing as a priority, to try and develop further as a Footballer. The way in which the last transfer was facilitated was incorrect & unnecessary and has all proved to be a very big learning experience for me as a player and as a person. My intent has always been to develop. Now I have returned to England with an accumulation of experiences under my belt and am without doubt a better player and stronger person for it. It is time for my Football to do the talking. I am very excited by the opportunity presented to me at Derby County and will give absolutely everything to the club moving forward. 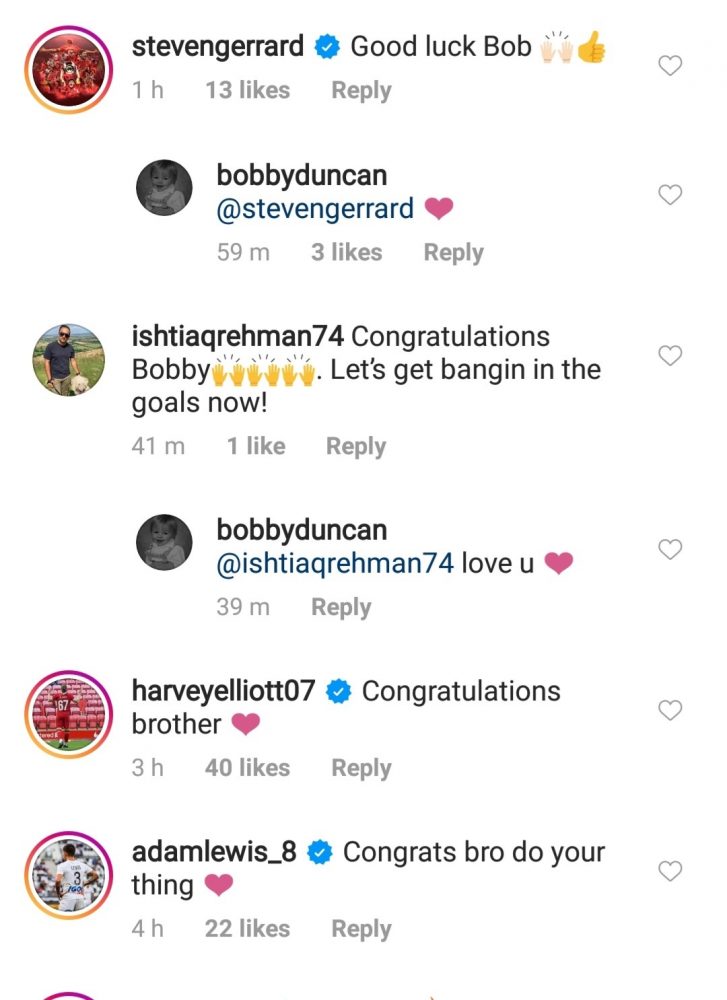 Duncan’s first season with Liverpool saw him bag 32 goals and 23 assists in all competitions for the club’s under-18s, and it will be interesting to see whether he can fulfill his potential at Derby.