The former Everton star needs regular playing minutes to boost his chances of making Gareth Southgate’s Three Lions squad for next summer’s European Championships, and the move to Villa Park will help with that.

Villa boss Dean Smith was keen to land Barkley as he sought to add more creativity to his side in the final third, and the 26-year-old will be keen to impress.

Chelsea manager Frank Lampard didn’t stand in his way, and he still has a future at Stamford Bridge as the loan deal doesn’t include an option to buy.

Blues striker Tammy Abraham knows all about playing for the Villans having played a huge role in their promotion to the Premier League in 2018-19, and he has sent these three words to Barkley: 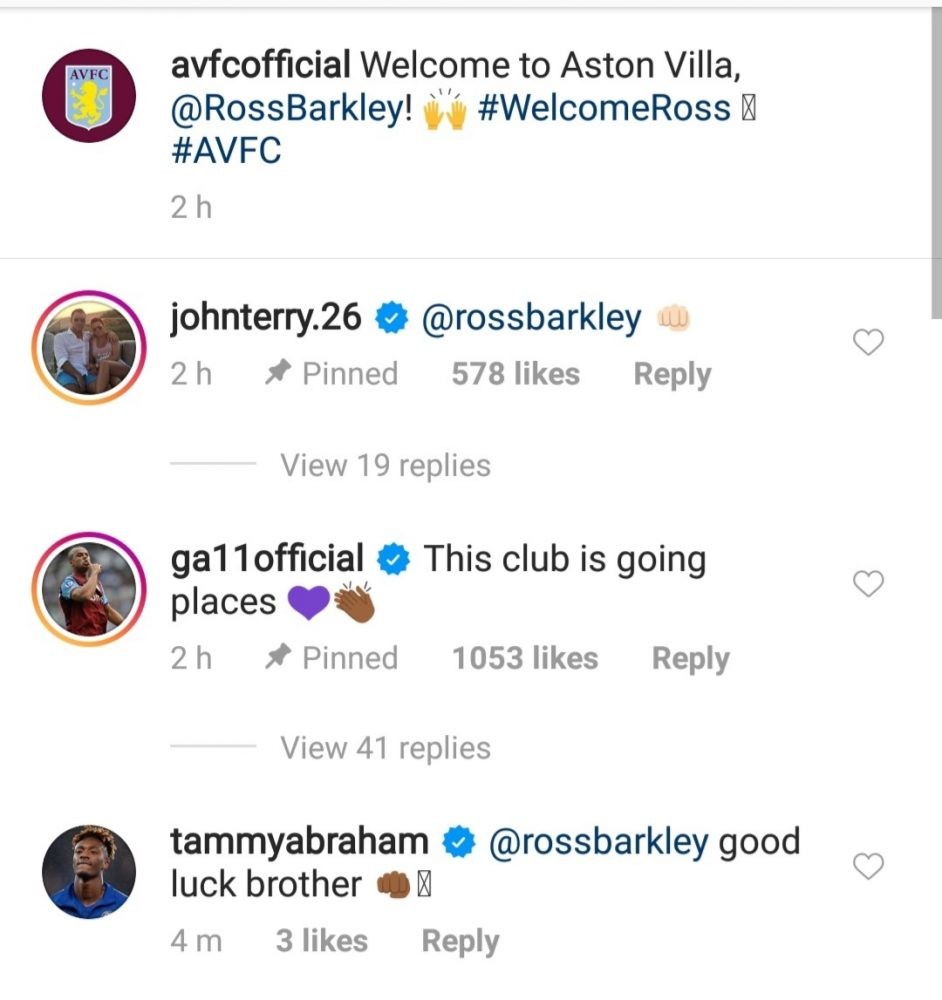 Villa star Jack Grealish is also glad to have the midfielder at the club, and he took to Twitter to react thus:

The side’s skipper had to share the larger chunk of Villa’s creative duties, but adding Barkley to the team will help reduce that burden and make them a better side.