According to The Athletic’s Charlie Eccleshare, Metz striker Habib Diallo is a target for Tottenham Hotspur this summer as they look to land a cover for England international Harry Kane. 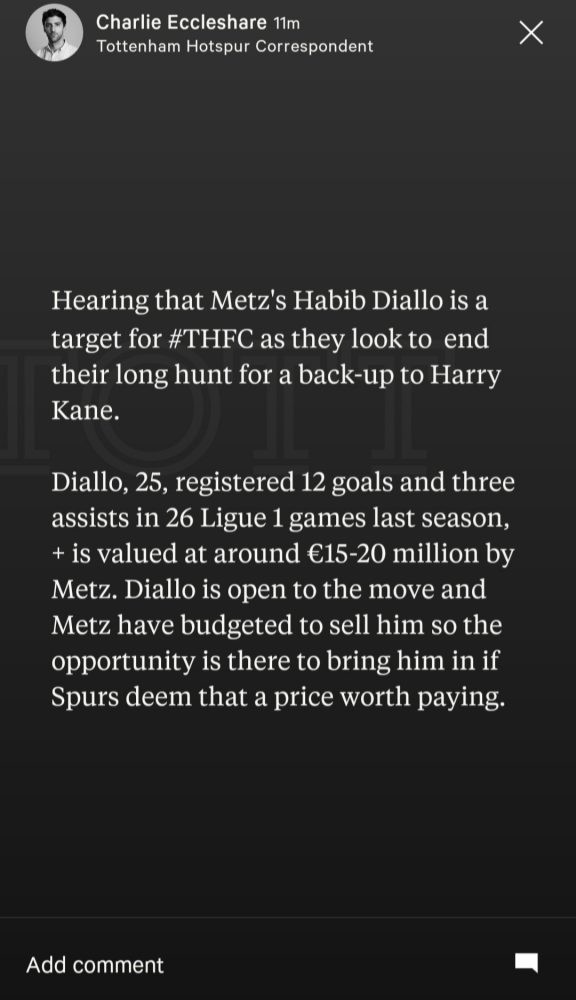 Spurs failed to bring in a replacement for Fernando Llorente last summer, and injuries to Kane and Heung-min Son during the second-half of 2019-20 proved costly.

Metz want to sell Diallo this summer for between £14 million and £19 million, and the striker is also open to the move.

The 25-year-old ended last season with 12 goals and three assists in 25 league appearances and will be keen to prove himself in the Premier League.

Diallo scored 26 goals in 37 Ligue 2 appearances in 2018-19 to help his side secure promotion to the French top-flight, and he has the qualities to be a quality cover for Kane.

The agent of the Senegalese revealed that Tottenham made a bid for the him in January, and beIN Sports have claimed that they are in the front of the queue should they decide to concretely move for him this summer.

Diallo is hoping that Spurs return for his signature following their approach during the January transfer window, and the ball is now in chairman Daniel Levy’s court.