Thiago, who is understood to be a target for Liverpool, was in action for Spain against Germany.

The classy midfielder played the full 90 minutes in Stuttgart as Spain scored a late equaliser to draw 1-1 with Germany in the UEFA Nations League.

Speaking after the match, Thiago was quizzed about his future and seemed to concede he was happy in Munich.

“I only think about the game against Ukraine. Afterwards, we will see,” Thiago told ZDF. “Bayern is my home and I am happy to be there.”

It’s thought the Bayern Munich ace wants to leave the Bundesliga champions this summer after refusing to sign a new deal with the German champions.

Sport claim Liverpool already have “advanced negotiations” with Alcantara, who will command a fee of around €30m.

Klopp has cooled the talk and publicly Liverpool have been eager to distance themselves from the transfer speculation. 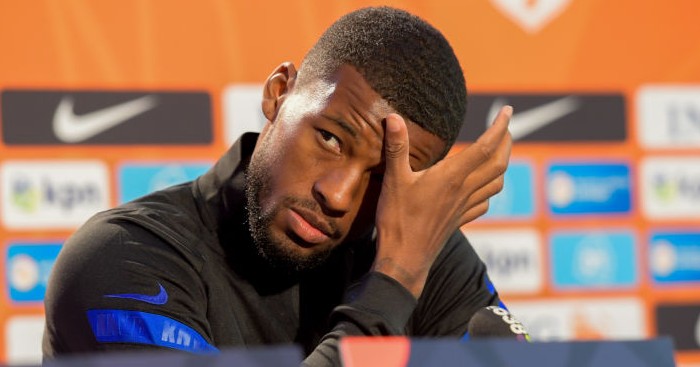 However, it’s widely believed that Klopp is lining up Thiago to replace Wijnaldum.

Wijnaldum has refused to extend his deal at Anfield and Sport report that Barcelona have moved swiftly to snap up the 29-year-old.

The outlet claim Wijnaldum “may be Barca’s next signing” with a fee of €15m being mentioned for the Dutch international.

Wijnaldum, like Thiago, is on international duty with the Holland squad for their Nations League matches against Poland and Italy respectively.

And speaking at a press conference ahead of the first match against Poland, Wijnaldum was asked about the Barca rumours.

The 29-year-old though refused to give anything away.