Swansea are unwilling to sell centre-back Joe Rodon to Tottenham before they have signed a replacement, according to a report.

However with the domestic window open until 5pm on Friday, Tottenham have time to complete a deal for the 22-year-old.

Previous reports have claimed that Swansea want around £15million for their promising defender and that Spurs could look to match that fee with a player-plus-cash offer.

According to Football Insider, though, Swansea are unwilling to enter advanced negotiations with their Premier League counterparts until they have a ready-made replacement.

The 20-year-old has not made a senior outing for City yet but enjoyed first-team action on loan at Twente last season. 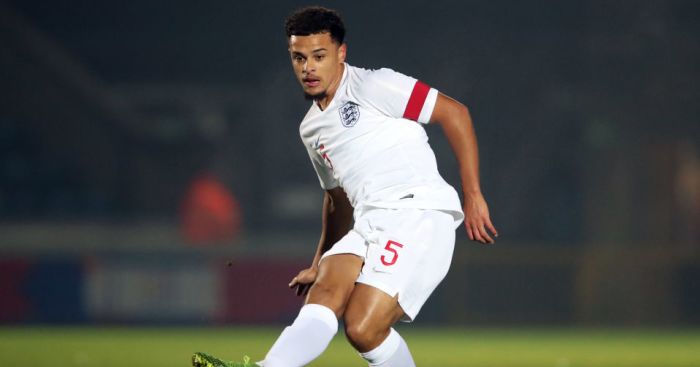 Indeed he showed promise in the Netherlands, scoring one goal and assisting another in six games.

City and Swansea are in talks about a deal to send the Doncaster-born defender to South Wales. But until that deal happens, Football Insider claims, Spurs can make no further progress for Rodon.

As for Rodon’s move, Swansea are willing to lower their initial £18million demand for the centre-back to their current valuation.

Rodon has established himself as one of British football’s most promising defenders. He has played 52 times for Swansea and is a fully-fledged Wales first-teamer.

He represented his country as they lost 3-0 to England at Wembley on Thursday night.

The commentator said: “He’s right up there in terms of position for his age.

“I think what you tend to do with young centre-halves is look at the greats of the Premier League. You look at Rio Ferdinand and John Terry and there are elements of both in Rodon’s game.

“What I want from a centre-half is someone who loves to defend. Yes, they can play, but they don’t just like defending, they really want to defend – they want to get in the line of fire, they want to stop the opposition scoring.”