Tottenham host Manchester City on Saturday evening as Jose Mourinho and Pep Guardiola meet again in what could turn out to be key game in this season’s Premier League title race.

The Premier League is back with a bang on Saturday with Spurs v Man City clearly the pick of the games.

It is still early days but this contest has the potential to have a big impact on the title race and we could come to look back on it as a big moment in the 2020/21 season.

With injuries building up to ridiculous levels at champions Liverpool, both sides will have increasing optimism about making a title run.

Tottenham fans probably wouldn’t have expected to be thinking of such possibilities back in September but eight games in they sit just a point off the pace of leaders Leicester, ahead of Liverpool on goal difference. Their only loss came on the opening day to Everton.

A title challenge is always expected these days at City and they come into the game six points behind the Foxes. They do, however, have a game in hand.

Undoubtedly a Spurs win here heaps the pressure on City – not to mention Liverpool.

This fixture last season saw Tottenham run out 2-0 winners, Spurs having drawn 2-2 at the Etihad under Mauricio Pochettino in August. That first game saw the Premier League’s first big VAR controversy – what would have been a late City winner being chalked off due to the ball brushing Aymeric Laporte’s arm in the build-up.

The games were notable for their expected goals figures. Despite claiming four points from them, Spurs lost by a combined xG tally of 6.45-0.49, showing how City largely dominated in terms of chance creation.

Last season’s victory is one of four wins for Spurs in their last six home meetings with City, games played at three different stadiums – the old White Hart Lane, Wembley and their current, new ground. At the Tottenham Hotspur Stadium, as we should officially call it, City have lost two out of two and are yet to score a goal.

Four of those six matches have seen under 2.5 goals. The same statistic can be applied to the six most recent meetings of the sides, be they in London or Manchester.

It’s a far cry from a few years ago when the fixture seemed to guarantee goals. Edin Dzeko and Sergio Aguero each scored four in a single game, City scored 11 times against Spurs in 2013/14, while there was also a famous 4-1 Spurs win in 2015, a result which started to pave the way for Leicester’s stunning title success.

Aguero may well be fit enough to feature in this contest. If so, he’ll be looking to score his 13th goal against Spurs – he has only scored more against Newcastle and Chelsea in his career.

However, it’s been more famine than feast of late with the Argentine having scored only once in his last nine appearances against Tottenham.

Raheem Sterling, expected to be fit having missed England’s recent Nations League games, also has a strong record against Spurs – he has six goals in 12 games for City in this fixture. Against only Watford and Bournemouth does he have a greater tally.

On the Tottenham side of things, it’s not rocket science to suggest that their main goal threat is likely to come from Heung-min Son and Harry Kane.

Son has a league-leading eight goals so far and also five in 10 games against City, including four in his last four. 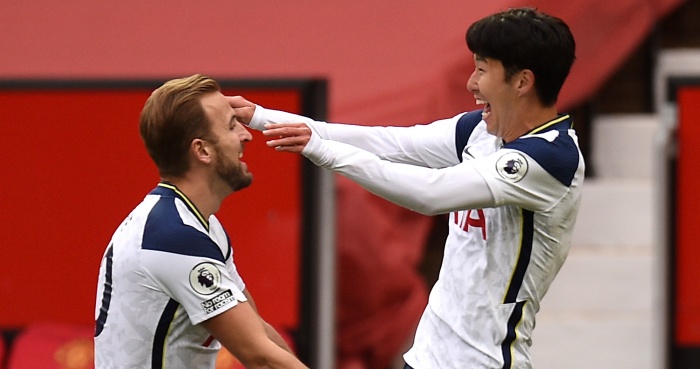 Harry Kane and Son Heung-min: Great start to the season

Kane, who leads the league for shots taken with 28 thus far, has seven Premier League goals but has netted just two in nine games for Spurs against City – none in his last six.

As well as topping the league’s shots list, the England captain also has more assists than any other player this season – eight. To put that into some context, last season’s assists king, Kevin de Bruyne, only has three so far.

Rodri should be wary of ref Dean

This was a spicy game last season, seven cards being shown, including one red.

The ref that day was Mike Dean and the man renowned for dishing out cards has again been appointed for this season’s renewal.

The strict official will be more than aware of City’s ‘tactical fouls’ potential and it’s probably no coincidence that one of the masters of that ‘art’, Rodri, has been booked in three of his last four games under Dean. 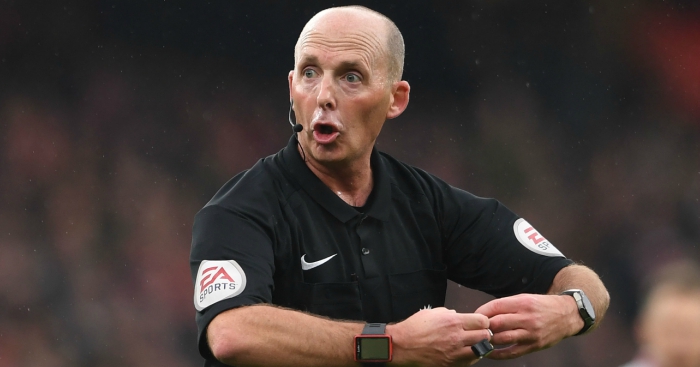 Kyle Walker is another to have troubled the famous whistler – he’s been carded in three of his last six matches with Dean in charge.

Spurs have notably cooled down on the discipline front this season.

For Spurs, Pierre-Emile Hojbjerg is in the league’s top six for tackles made this season. Having also committed 14 fouls – putting him in the top 10 of that list – he could attract the eye of Dean.

Incidentally, Hojbjerg also features prominently in another stats category – passes. No-one has made more in the top flight this season.

He has clearly settled in well following his summer move from Southampton and looks to be a key cog in this Jose Mourinho team, which looks to be going places.

It took us a while to mention Mourinho but how could we not? Especially when he’s up against old rival Pep Guardiola.

It is Mourinho’s longest-running rivalry – the pair have met 23 times as managers with Guardiola having won on 11 occasions, Mourinho only six.

Eleven losses is by far the most Mourinho has suffered at the hands of a fellow boss. Jurgen Klopp comes next in that list with six wins over him.

However, since Guardiola arrived in English football, there have been signs that the tide has turned, or at least it’s being held back.

It’s three wins apiece since the summer of 2016 and you can bet your bottom dollar Mourinho will have spent the international window perfecting his tactical plan for this match.

Guardiola’s approach will also be intriguing given his propensity to change things around from game to game, depending upon the opponent.

He’s been accused of over-thinking at times but he’ll need to get things spot on here – failure to collect three points would mean City will have won only three of their opening eight matches. And that’s not a start many champions post.