Arsenal are reportedly ready to push hard to sign a midfield alternative to Houssem Aouar after missing out on the Frenchman over the summer.

The Gunners saw multiple offers for the 22-year-old rejected by Lyon, as the French club stood strong on their €60m (£55.5m) valuation.

Aouar was one of Mikel Arteta’s top midfield targets for the window. However, the Gunners ended up landing Thomas Partey £45.4m on deadline day instead.

But despite failing to secure a Premier League move, Aouar is adamant his decision will prove the right one.

“I am happy, this is my city and this my club,” Aouar told Telefoot while on international duty with France.

“I am proud to represent this club, I have so much motivation to make a great season.

“We made a choice, I’m happy to stay here. [Lyon president] Jean-Michel Aulas and [sporting director] Juninho convinced me to stay in Lyon.”

However, there are reports that Arsenal could try again for Aouar when the window opens in January.

That theory though has been dismissed by transfer guru Fabrizio Romano,. who suggests Arsenal have a new No 1 target in mind.

The Hungarian star has been immense for Salzburg since breaking through. Despite being just 20, he already has five goals and seven assists from 10 appearances this season.

As per Romano, the fact that the Hungarian would command a lower fee than Aouar makes him a much more attractive proposition to Arsenal.

While no fee is mentioned, it is reported he could cost around £25m less than Aouar.

The Gunners are likely to see their bank balance swelled once the £350,000 a week wages of Mesut Ozil are taken off their books.

And Szoboszlai is the man identified as the would-be successor to the German.

Arteta, meanwhile, claims he tried his best to give Ozil opportunities in the first team at Arsenal.

Ozil’s fortunes at the Emirates Stadium have taken a turn for the worse in recent months. He did not feature at all after lockdown last season. He has been left out completely of their Premier League squad list this season. 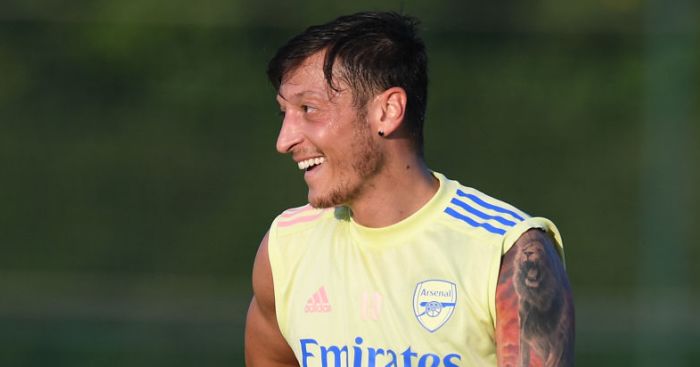 With his contract expiring in June 2021, it appears Ozil is nearing the end of his lengthy stay in north London.

He would not have wanted it to end in such circumstances, having released a lengthy statement bemoaning how his situation at the club has changed.

His agent has also claimed that his teammates are shocked at Arteta’s treatment of him. But now, the Arsenal manager has given his version of events.

“What I can tell you that I tried my best. I tried to give him as many opportunities as I could,” Arteta told Sky Sports.

“And that from my own side, I’ve been patient, given him opportunities and been fair.

“He’s a player that belongs to a football club, he’s been a really important player in the last few seasons. I have to respect that, I’m here to make decisions, the best decisions for the team and for the club.”

The post Transfer source names star who has usurped Aouar as No 1 Arsenal target appeared first on teamtalk.com.