Why the failure to qualify for Europe for a transitioning team could be a blessing in disguise.

European qualification in many footballing leagues and cultures is considered one of the more realistic targets at the start of a season. While the league title is there to be taken by an elusive team,  there are six to seven teams that get to play in the European competitions namely, the UEFA Champions League and the UEFA Europa League. The fans of every team with a decent top-10 caliber squad expect their teams to be in the mix to achieve the said target.

The traditional ‘Top’ teams are by nature expected to have that level of consistency every season they grace the pitch. This very expectation and excitement turn into rage and criticism when their respective teams can’t manage to churn out the required points in the league to get European qualification. The fans generally start questioning the club and the players, which they have the complete right to do.

Now, to be fair and brutally honest about such situations – If your team hasn’t even managed to be even amongst the top 7 in the league, chances are that, there is something clearly going wrong with your club, may it be ageing players, unstable system etc. OR it is in transition.

We as modern football fans fail to understand that change is inevitable. One cannot expect a football team to always be at the apex as, star players and managers after a certain amount of time in a team, can lose their edge and when they do, they are usually let go or, in some instances the management is given a new section of players in the form of promising youngsters and few tried and tested new signings.

These new additions will obviously need time to acquaint themselves to the ethos and system. A manager cannot instil the said factors into the new players until and unless they give them game-time. Once they are given game-time, some players may sprint out of the box while some might be stuck in limbo. The job is not to work on them as individuals, it is to amalgamate them into a sort of collective machinery where everything runs at its required pace.

The whole process of transition is an exhausting, irritating, boring and yet exciting, intriguing and rewarding thing to observe as a fan. Unpredictability and unstableness are key markers of a team that is trying to better itself but, just can’t catch a common wavelength. “ Development is unstable”- Jurgen Klopp (during the 16/17 season amidst mixed results in the Premier League after Sadio Mane’s departure for AFCON).

While we are in the conversation of transition, it would be ignorant to address the fact that the biggest footballing institutions in the world are undergoing the said phase. May it be the heavy-weights of La Liga, or the teams from London.

They were in disarray in 18/19 season with a fragile defence and a shaky keeper in the form of Thibaut Courtois, ultimately resulting in an embarrassing second leg rout by Ajax in the Round-of 16 in the UCL. They brought Zidane back and thus, projected a statement of their intent and look at those same players now. The keeper finished with more than 18 clean-sheets in the league, the youngsters are running the show and they are starting to resemble their former selves now. All because, the team faced an exit from the UCL for the first time in 4 years which was a massive reality check for the board and thus, they reverted back to the old manager and the old process and, the trust in the said manager and the process has ultimately resulted in La Liga glory for the club after many years.

While talking about transitioning teams and the effect of the absence of European football on such teams, the recent examples of Liverpool and Chelsea are the best reference point.

In the 15/16 season, Chelsea had a horrific time and had finished 10th in the table; Liverpool were no better as they just finished two places above them (A season where they lost two finals in the form of League Cup and the Europa League under Klopp). Thus, both teams had failed to qualify for Europe for the next season i.e. 16/17.

They signed an enigmatic manager in the form of Antonio Conte in the summer along with the likes N’golo Kante from Leicester, David Luiz made a return to Stamford Bridge from PSG and Mitchy Batshuayi was signed for €40 million (£33.2 million). Thus, the new coach had a rejuvenated and a potent team to work with and the focus was clearly on doing well in the league again as there was no pressure of building a team for Europe. Conte revolutionized the playing style of the London club by playing 3 at the back in the Premier League!

The result was a proactive 3-4-3 formation which ultimately resulted in title glory at the Hawthorns on the 13th of May, 2017, one of the best comeback stories in the history of the league. They achieved something so magnificent and they looked good doing it!

They had already suffered European heartbreak in the summer at Basel losing the Europa League Final versus Unai Emery’s Sevilla. It was evident that they had found a gem in the form of Jurgen Klopp. Now, the question was if he could bring in the players he needed to make the club do well in the league and the other domestic competitions.

The board supported the manager and Liverpool signed the likes of Joel Matip, Ragnar Klavan, Grujic and perhaps the most significant of them all, Sadio Mane from Southampton. The recruitment had been decent and Klopp found a bunch of players he could work with and, they did exactly that. The pre-season saw Liverpool putting 4 past Barcelona at Wembley and there were signs of good things to come.

The season started with a fantastic encounter at the Emirates where Liverpool won 4-3 but, then lost 2-0 away at Burnley despite having 80% of the ball. It was going to be that sort of a season for Liverpool. Mane, Coutinho, Firmino, Lallana were proving to be the players that could seal Champions League Qualification for Liverpool.

There were brilliant days like the 2-1 away victory at Stamford Bridge and, there were bad days when Liverpool was on the losing side of a 4-3 result at Bournemouth. There were massive defensive frailties for Liverpool and the occasion of challenging for the title got too big for them in that season.

They struggled at the start of 2017 which meant that the realistic expectation was then, to somehow qualify for the Champions League for 17/18. Liverpool achieved the said goal by winning on the last day versus Middlesborough and held on to the 4th place above the Gunners by a sole point.

The fans, the players and the board showed constant faith in Klopp’s process (signed Mohamed Salah, Alex Oxlade Chamberlain and Robertson and Van Dijk in what was a growing phase for the club) and it ultimately resulted in the club going on to reach the 17/18 UCL final.

They did one better and achieved European success in 18/19. And obviously, in the 19/20 season, the 30-year wait for the League title was over as they won the Premier League by a mile. All that, because they trusted in the process and were not bogged down by the fact of not playing in Europe in a season, 4 years ago! 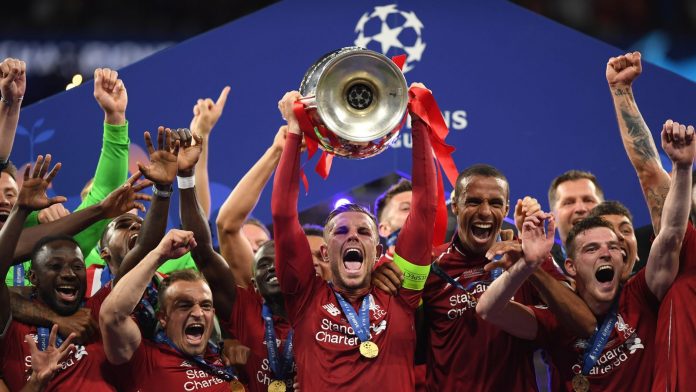 What such a team obviously needs is to have a board that backs it financially as a failure to play in European Competitions means lesser financial earnings from sponsors, broadcasters, social media and even the Premier League (funds received based on table standings).

What role do the fans play in all this?

The answer is, just be loyal to your respective teams, buy into the process and be observant in doing so. Observe the changes, the playing style and constructively criticise but do not abuse your team, the management or other fans who don’t share the same feeling, on any platform. Remember, good things happen to those who wait.

So, do not panic, do not lose faith and be patient with your team even if it didn’t qualify for European Competitions or are not doing so well in them. You never know, one of the aforementioned stories could be the story of your club, next. Moreover, the 20/21 Champions League as well as the Europa League could yield some major surprises.