Michael Cuisance’s transfer to Leeds United has seemingly fallen through after the Whites failed to agree terms with Bayern Munich.

The Whites were said to be on the brink of landing French midfielder Cuisance, with an announcement expected soon.

Indeed after agreeing a deal with Leeds, the 21-year-old snubbed a late bid from a rival in favour of an Elland Road switch.

Cuisance is thought to have been in England to undergo a medical and discuss personal terms. A five-year deal had been agreed.

According to Sky Germany, however, the deal to take Cuisance to Leeds has fallen through at the 11th hour.

Mystery surrounds the exact reason as to why, though journalist Max Bielefeld reports the move had ‘failed’.

Bielefeld says the two clubs ‘could not agree’ on the deal, though it’s not yet clear what aspect of the transfer he’s referring to.

He insisted he did not want to talk about the deal before it goes through.

“I would prefer to talk about him when he is officially our player,” Bielsa said. “I don’t want to repeat the episode with Dan James.”

Bielsa’s hesitancy was clearly wise, with Sky Germany set to explain later why the move had fallen through.

Cuisance had been expected to be Leeds’ fourth major outfield signing of the transfer window. Striker Rodrigo Moreno arrived for a club-record fee, before centre-backs Robin Koch and Diego Llorente also signed.

Leeds have been in the market for a new midfielder, having also been linked with Udinese’s Rodrigo de Paul.

However, the €35m price tag on his head makes a deal seem unlikely, unless there’s a dramatic shift from the Italians.

Instead, Leeds could opt to pursue their interest in Norwich’s Todd Cantwell.

The Canaries star has also been linked with Leeds and has an asking price of around £18m.

Leeds go into Saturday’s clash against Man City hoping to build on their fine start to the season.

One man who has been key to their success is striker Patrick Bamford, who has three goals in three games so far. 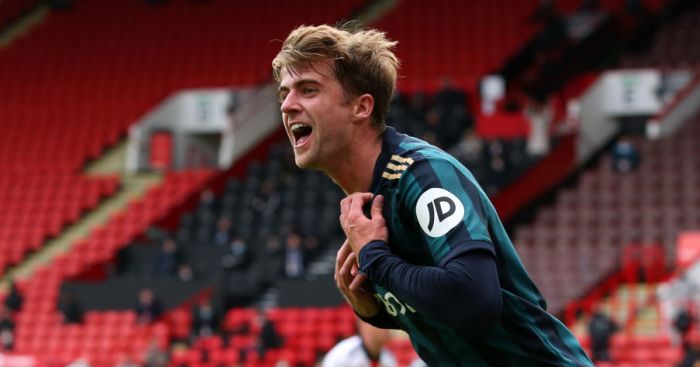 “To make conclusions ahead of time is also not good. What allows you to have good opinions or more concrete opinions are the performances over a period of time.

“For example, how do we judge (Illan) Meslier, who conceded seven goals in his first two games. Then he made important saves in the game against Sheffield United?

“So we must wait a longer period of time to establish some more concrete opinions which would be better.

“In the case of Bamford, to have an opinion on 27 games which I have not seen, or to consider his efficiency in the Championship, or the efficiency he currently has at the moment, which doesn’t really compare as we’ve only played three games.”

The post Unexpected twist as Michael Cuisance transfer breaks down as Leeds, Bayern fail to agree appeared first on teamtalk.com.