Wolverhampton Wanderers were given a huge lift this week regarding Raul Jimenez following the horrific head injury he susatained in November.

The striker visited the training ground this week after his release from hospital following surgery on a fractured skull.

Jimenez is still recovering, having suffered the serious injury in a clash of heads with David Luiz at Arsenal last month.

But, despite his big battle wound, the Mexican was able to watch his team-mates train.

A banner in support of Jimenez, crowdfunded by supporters, will cover three blocks of the Steve Bull Upper Stand for Saturday’s visit of Aston Villa and boss Nuno Espirito Santo was delighted to see the striker.

He said: “It was very good, for all of us, to be able to see him smiling and recovering well. It was a huge moment for everyone to be with Raul again. He is recovering well, positive and is starting to get ready again.

“To see him smiling it was a big lift for his team-mates because they see someone who had a serious situation recovering and is on the way back to be the same person he was.

“We don’t have a timetable (for Jimenez’s return). We have to follow the protocols but mainly it is making sure he is healthy again. There is no rush.”

No green light on Hulk

The manager also insisted it was not the time to discuss January replacements for Jimenez with Hulk, who Nuno played with at Porto, available on a free transfer.

The striker is currently at Chinese outfit Shanghai SIPG. 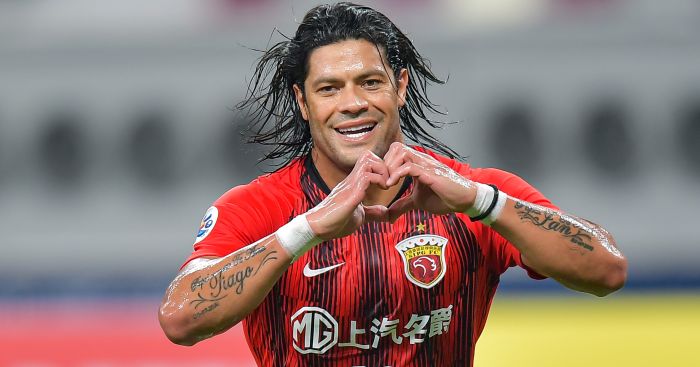 He said: “I get the point but it’s next month and we are in December. Now is the moment to focus on what we have today. It’s not the moment to think about the transfer window. The solutions are here with us now.

“The transfer window is there for clubs to use to rebalance their squads but it’s not now. When the moment comes we will be ready to see.”

Jonny has returned to light training after a serious knee injury at the end of last season but will not return until next year.

Wolves lost 4-0 at Liverpool on Sunday to sit 10th but still have the most amount of points at this stage of the season since their return to the Premier League in 2018.

Nuno added: “It’s not about the last game, it’s about the new one. Trying to analyse the mistake, correct it, work on it and then prepare for the game. We know it’s hard to be consistent.”

Wolves are currently 10th in the Premier League having earned 17 points from 11 matches.

The post Wolves given massive Jimenez boost ahead of Aston Villa clash appeared first on teamtalk.com.