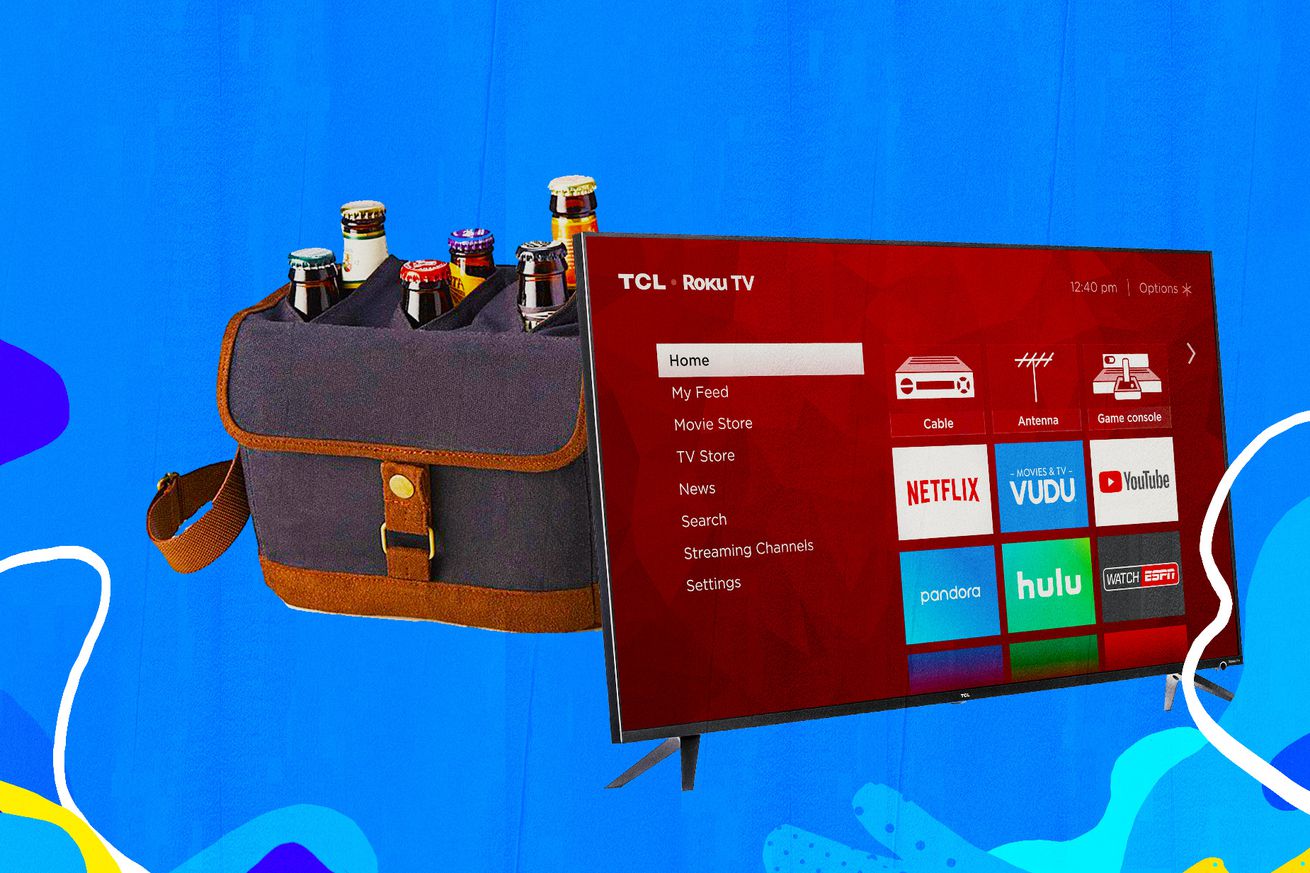 Everything you need to throw the best Super Bowl party in 2019.

The Super Bowl isn’t just a football game; it’s an American tradition that brings us together with food, drinks, epic halftime performances, random celebrity sightings, Tom Brady glamour shots, expensive commercials, those long-winding monologues from your uncle, and of course, the great parties and gatherings with friends.

Super Bowl LIII is officially set, which means when the clock strikes 6:30 p.m. on Feb. 3, 2019, almost 100 million Americans will be partaking in some form of a Super Bowl celebration.

Whether it’s a full-blown party, a small group of friends, or just hanging out with the motley crew of pets at home, you can’t enjoy the biggest football game of the year without the essentials.

First and foremost, make sure your TV game is on point

The great thing about Super Bowl season is that it’s also TV sale season. If you’re looking to potentially cash in on a new TV and save some money before the big game, SB Nation has found a wide-range of TV deals to explore leading up to Super Bowl Sunday.

And if you’re willing to go all-in for the ultimate Super Bowl TV viewing experience, here’s a TV rec from our friends at Polygon.

The fan cave could always use a sound check, and with the Super Bowl 53 halftime show featuring Maroon 5, Travis Scott, and Atlanta legend Big Boi, it’s a great time to upgrade your sound system and enjoy the Super Bowl’s sights and sounds to their full effect.

Have you cut the cord in the hope of never seeing that atrocious cable bill again? That’s great, but unless you plan on watching the game through those choppy Reddit streams, you’ll need a streaming service. Luckily, all the major streamers let you test them out with a free trial, so basically you can watch the Super Bowl for free before deciding if you want to stick with the monthly plans.

Here’s the rundown of popular options that will be showing Super Bowl LIII (which will air on CBS):

And that includes the necessary streaming sticks or boxes

If you’ve said goodbye to cable, it means you’re likely also in the market for a streaming stick. Unless you’re looking to get an Apple TV, all of these services are affordable and less than $65.

Here’s what we recommend:

Before everyone shows up, pre-game the big game with Madden NFL 19

Super Bowl Sunday should mean you only consume football content, from sunrise to sunset. No exceptions. If you’re not watching real, live football, you might as well start your day with some video game football.

And for your Xbox players out there.

Have the game day outfit ready to go

For some people, that means throwing on their lucky jersey. For others, it means wearing their favorite T-shirt or hat. Hey, whatever works for you, friends, just make sure you have everything you need. And if you don’t, grab something new before Sunday.

Then, make sure you have all the necessary supplies

Obviously, you wanna be in the festive spirit. But I look at this as a matter of practicality, since we all have that one friend (that may or may not be myself) who always makes a mess and accidentally spills on your brand new countertop.

Be prepared for potential catastrophe and make sure you order the appropriate party supplies before Super Bowl Sunday. It’s not the most glamorous purchase you’ll make, but it may be your most important.

For Patriots and Rams fans, here’s where you can scoop up all the napkins and plates Amazon has to offer:

And if your favorite team didn’t make it to the Super Bowl this year but you’re still hosting, be sure to roll with the more generic, but equally festive, set.

For those with superstitions, you’ll want your team’s lucky drinking glass by your side

Maybe this is the year your favorite team is in the Super Bowl. Maybe you put a few bucks on the game (who hasn’t?). Either way, it’s important to have your essentials with you, which is why you need lucky charms at your side.

Speaking of glasses, here’s for the rest of the beer drinkers that will be having a few on Sunday

On nights like the Super Bowl, the fridge is always super crowded when you arrive at a friend’s party. So take matters into your own hands with a beer caddy.

I’m not going to call this a necessary Super Bowl addition, but again, fridge space is always tight!

And of course, we can’t forget about our Super Bowl wine drinkers.

But no matter what, always have the refreshments appropriately stocked

Indeed, what is a Super Bowl party without the necessary refreshments ready to go at (before) kickoff? If you need another option to keep all the beverages cold and readily available, the inflatable is always a great option at a low cost.

If you’re thinking it might be best to get something a little more heavy duty, a Yeti cooler is another great addition to Super Bowl Sunday. Plus, it will basically last until the end of eternity. This is a classic win-win.

But if you’re just trying to stay in the festive Super Bowl spirit and don’t wanna spend an arm and a leg for it, we totally got it. Revert back to the football inflatable cooler.

While you’re waiting for pizza, use the football stadium platter to keep everyone satisfied

We wouldn’t recommend this for any party, but since we’re talking Super Bowl, the football stadium platter has got to be part of your setup. And, best of all, it has eight (!) compartments, which means you can satisfy everyone at the party.

And if you’re looking for an inflatable one that you can fold up and bury in your closet for another year after Sunday, here’s an option that’s less than $20.

Now that we’re all set, the time has come to say goodbye to football season. Let’s end it on a high note with some great friends, family, food, and football.