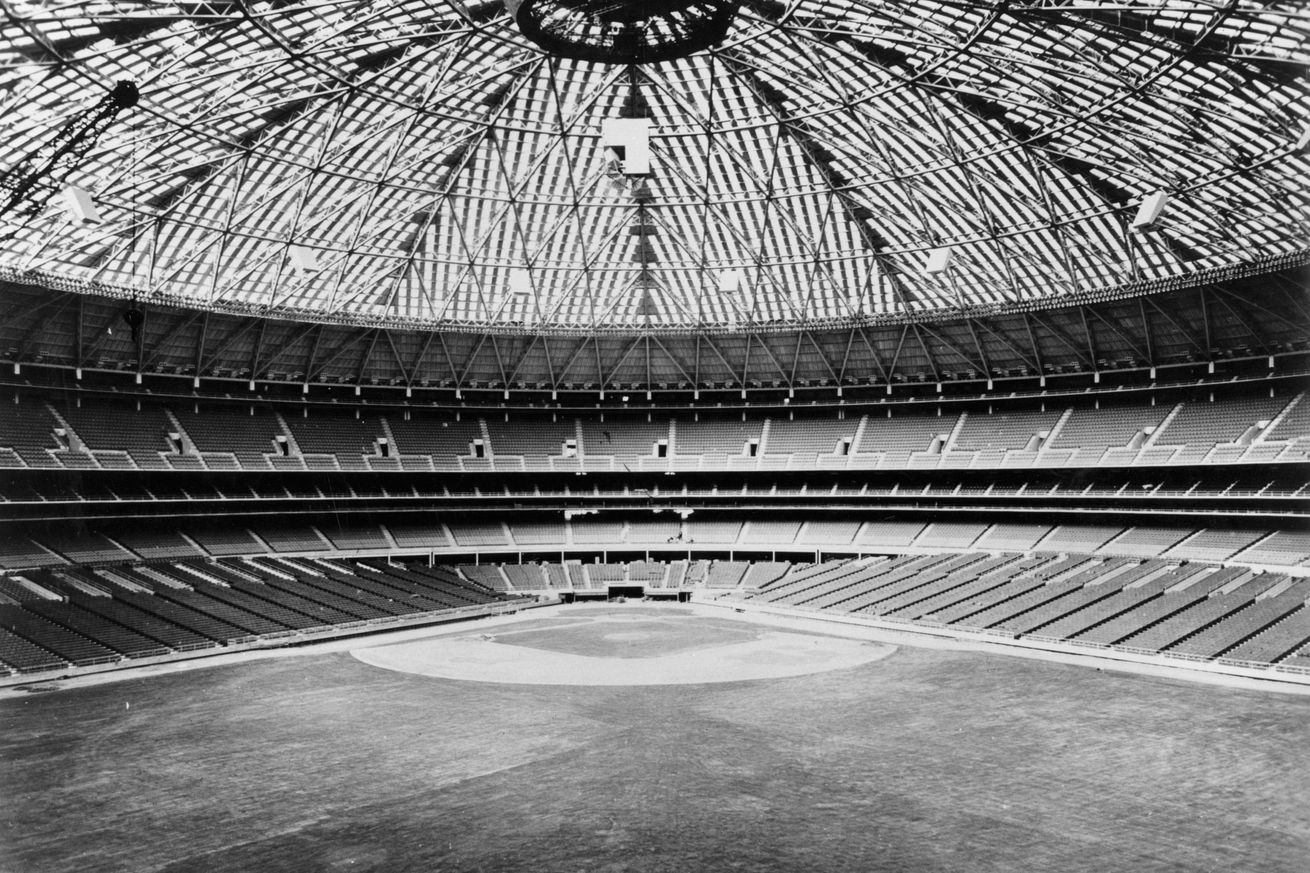 What did the early attendees think of their experience in the futuristic stadium?

In 1965 the Houston Astros unveiled a futuristic stadium, the likes of which had never before been seen or heard or smelled or touched or sixth-sensed. The Astrodome was a gigantic, indoor, air conditioned Stadium of the Future, with real grass and a $2 million animated scoreboard. It was called the Eighth Wonder of the World and became the third most frequented man-made tourist destination — look out Mount Rushmore!

What was it like for fans to experience this marvel of architecture back in 1965? Only one way to find out — the 1965 Yelp Reviews of The Astrodome. Of course, they didn’t have Yelp as we know it back then, since they didn’t have the internet. So we’ll have to imagine it. And since we’re imagining, we’ll pretend that pre-internet Yelp was some sort of church bulletin. Sure!

The ushers are called “Spacettes,” and wear sparkly futuristic clothes! When I asked one of them what space was like, she said “Out of this world!” But when I pressed her for more info (what’s astronaut ice cream like? how did you go to the bathroom up there?) she got really weird and kept trying to end the conversation and show me to my seat. Really makes it seem like the Astros and their legions of Spacettes are hiding something big.

Okay, I’ll start with the positives — there’s so much to do, they have a beauty parlor, a playground, a bowling alley!! I had such fun! The only negative is that it’s so big I lost 2 of my 3 children there.

For so long cheering on your local sporting team has been the refuge of the working man. But thanks to the Astrodome’s innovation of carpeted, butlered, climate controlled luxury skyboxes I finally have a place where I can look down with contempt on the commoners while enjoying the exploits of the sportsmen (who I also look down on).

Never did I think the humid, mosquito-owned summers of Houston could be rendered a nonfactor! But the Astrodome makes its own weather! There’s a weather station on the roof that reports information to the central computer, which then creates a local climate that can vary by 40-50 degrees within different sections of the stadium. I think it’s safe to say, we’ve finally beaten God at his own game.

I was so excited to see the $2 million, 470-foot scoreboard, but if you’re sitting in any of the sections underneath those 470 feet, you can’t really see the animations that celebrate home runs. You can hear them, but you don’t know what’s going on and it sort of feels like your life is ending?