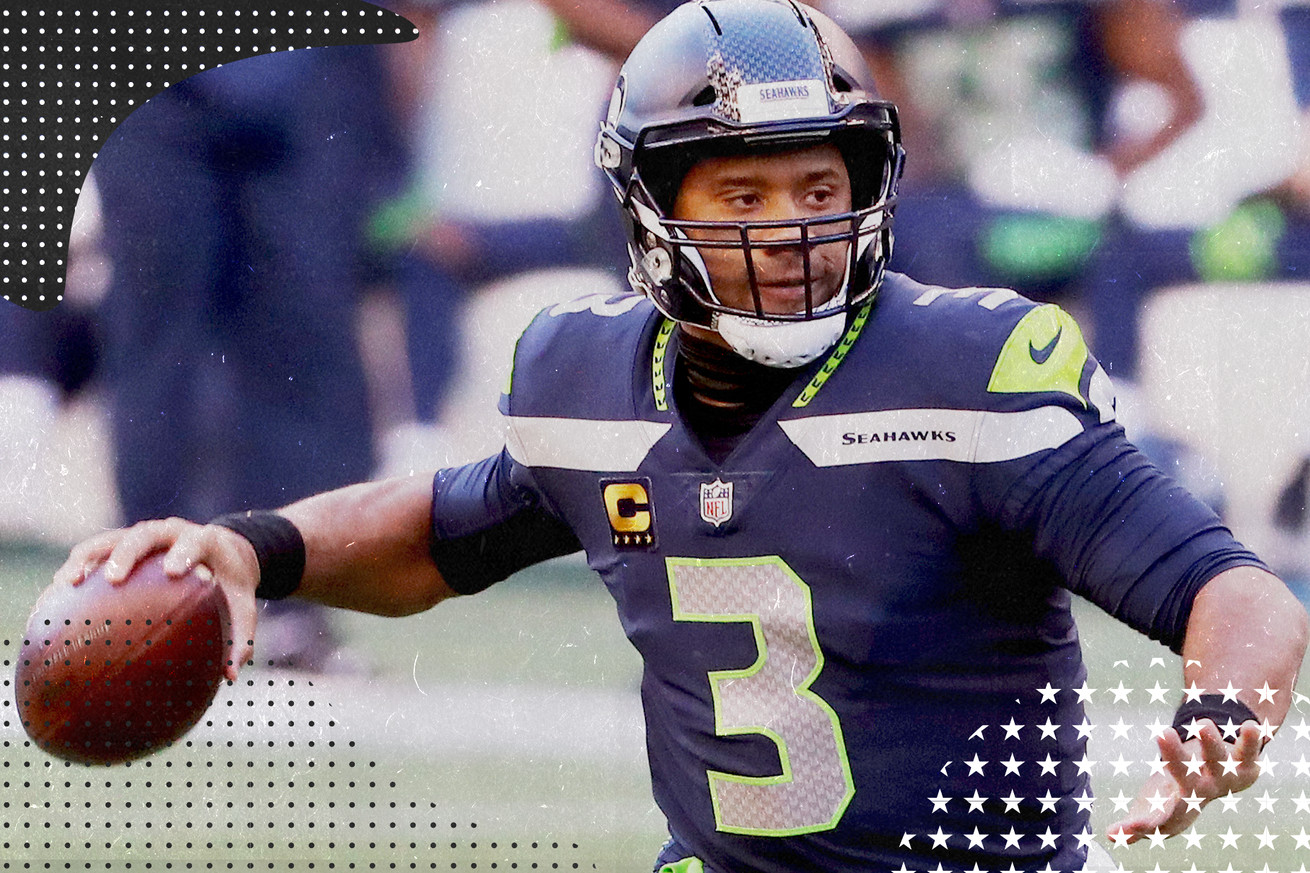 This is finally the time for Wilson to get his due.

Russell Wilson is the NFL’s king of consistency. For the past nine seasons, he’s posted a quarterback rating of 92 or higher on the year, with six seasons of a quarterback rating over 100. Wilson has basically done it all since he’s entered the NFL: he won Rookie of the Year, he’s become a perennial Pro Bowler, and he’s won a Super Bowl ring. There’s only one honor that has alluded him: Most Valuable Player.

In that sense, Wilson’s tremendous consistency maybe be his enemy. Always brilliant, constantly reliable, Wilson has too often been overshadowed by players who put up ludicrous single-season statistics that are far outside their norms. That’s helped make Wilson an MVP bridesmaid. This year is the time to change that.

Why Russell Wilson deserves MVP in 2020

If we take Wilson’s numbers at the halfway point and extend them out over a full season, the stats he’s putting up are mind boggling:

Wilson is also on pace for 594 rushing yards, just to put a cherry on top of his season. This is beyond a standard, excellent season for the quarterback. This is transcendence. Ask Seahawks fans to discuss their frustrations with the team and it’s always centered on not giving Wilson a stable offensive line and supplying him with a revolving door of weapons. This is the year everything has come together.

We’re seeing Wilson thrive with arguably the best receivers he’s had in DK Metcalf and Tyler Lockett, and there’s still things the offense lacks. Seattle is still without a reliable running threat to take pressure off Wilson, with Chris Carson being a good-not-great back so far. That means defenses know Wilson is the focal point of the offense, and they still can’t do anything to stop him.

No team has its fortunes hinge on one player more than Russell Wilson and the Seahawks. He’s leading the league’s best offense, averaging 34.3 points per game — and as it stands it’s difficult to imagine many better teams in the NFC right now.

So, why hasn’t Wilson won MVP before?

Like I mentioned earlier, this is really a case of unfortunate circumstance rather than not deserving the award. I’m sure Seahawks fans would disagree and say that Wilson deserved the award numerous times before now, but the fact is that in each of his best seasons there seems to have been a player who took over the game to such a degree that voters believed in them more.

If we look over a period of time there’s no doubt Wilson is a better player than several of these names, but for the year they were discussed there was always a difficult argument to make for Wilson over them.

There’s no doubt Wilson was the better pure passer in 2015, but Newton’s combined 45 touchdowns en route to a Super Bowl berth was the story of the NFL that year. This was the season all the promise came through, and Newton seemed poised to completely take over the NFL with his unique skillset. Then, well, we know what’s happened from there.

This was a pretty classic Tom Brady year. There isn’t really a good injustice, or justification why Wilson missed out. More just a case of Brady being the best quarterback in the NFL again, while Wilson was a small step behind. It still shows how unfortunate he’s been when it comes to the end of year awards.

This was a ruthless year by Wilson, but nobody was touching Mahomes, ever. In his second season the Chiefs’ quarterback gave us one of the best passing seasons by a player ever. In any other year Wilson would have been in the mix for the award, but all eyes were on Mahomes bringing Kansas City back to prominence.

In a throwback to 2015, Wilson’s superior passing was overshadowed by a dual-threat phenom. This isn’t a case of needing to make an argument against Jackson, he was incredible and deserved the award. It was just a shame that once again one of Wilson’s best seasons fell by the wayside as another quarterback stepped up and gave us a season that was impossible to ignore.

As it stands at the midpoint to the season it’s difficult to imagine another player having a run down the stretch that could unseat Wilson. His biggest challenge might come from inside the NFC West, where DeAndre Hopkins is on pace for over 1,600 receiving yards. This would be one of the best seasons of all time — but also receivers are traditionally ignored when it comes to MVP.

Calvin Johnson set the single season record in 2012, and didn’t receive a vote, for instance.

So, all things considered, this could finally be the year the NFL’s king of consistency finally gets the hardware he’s been so close to getting so many times before. Seahawks fans consider Wilson overlooked, and underappreciated for years, and now it’s time for him to break through. Regardless of what happens in the Super Bowl this year, fans would still consider this a win.