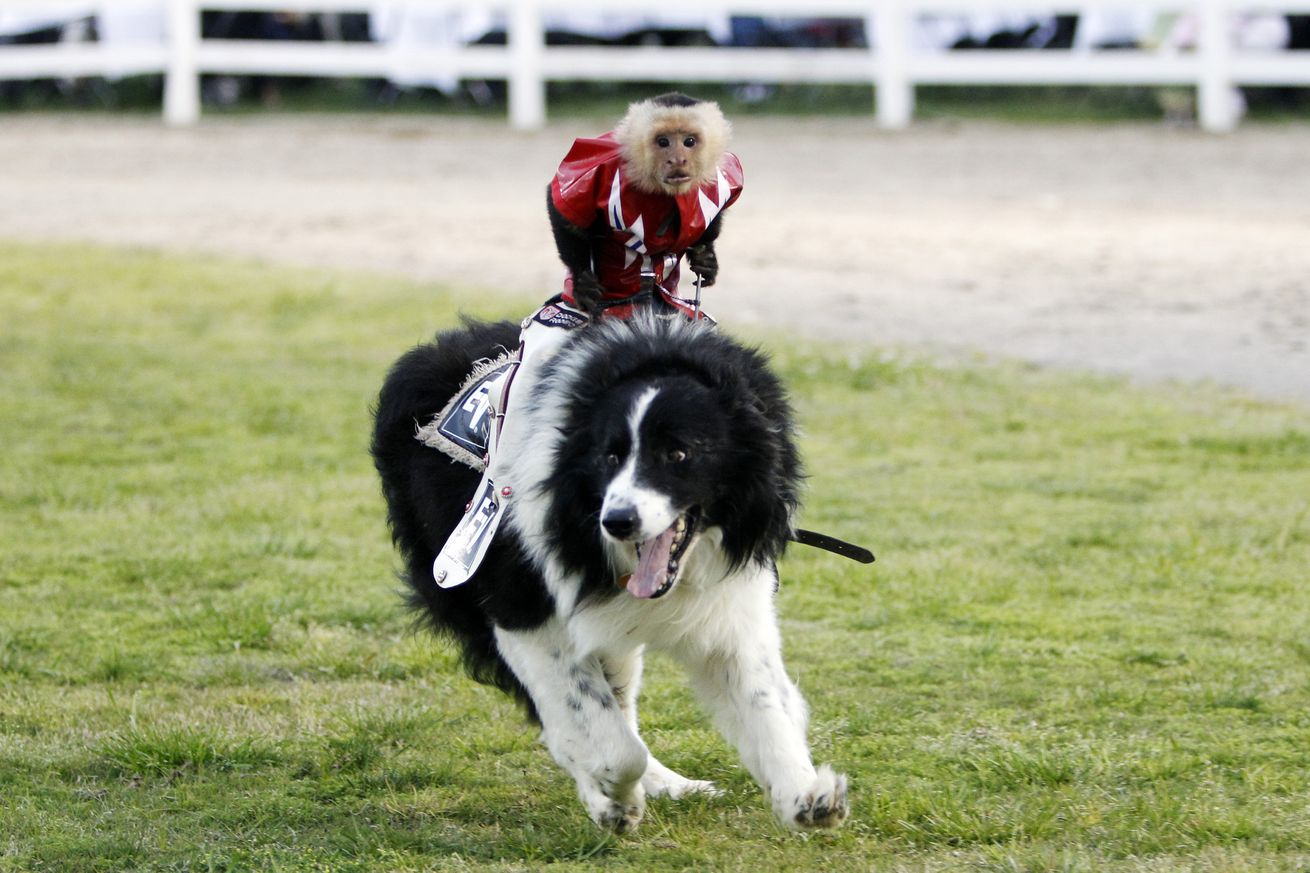 Maroon 5 is an ideal choice for the Super Bowl 53 halftime show, from the NFL’s perspective. They have mass appeal — even if that means they’re perfectly bland and not even close to your favorite band.

Toss rappers Big Boi and Travis Scott on to the stage too, and you’ve got all the pieces for a flashy show that nobody is that excited about. It’ll have all the excitement of a show with fireworks and dazzling lights, except without — ya know — the excitement.

You can probably think of a musical artist or band you’d rather see. For me, it’s probably the Foo Fighters. That’s doable, right?

Instead, we get Maroon 5 this year and probably someone like Imagine Dragons or Ariana Grande next year. It’s all just fine.

But this is the Super Bowl! It costs over $5 million just to play a commercial. Surely we can do so much better than a meh concert.

The NFL can’t entertain everyone no matter who it chooses to perform. So just stop trying to do that. Here are the 22 ideas from the top of my head that I think we’d all enjoy more than a [Insert Top 40 Pop Band/Artist] performance:

If you really want to up the stakes, throw some celebrities into the joust tournament. I bet Gary Busey would be down to give it a try.

4. MONKEYS RIDING DOGS HERDING SHEEP OR RAMS OR SOMETHING

5. Mascots racing each other

Who doesn’t love the presidents racing each other at Washington Nationals games? Just do something like that with NFL mascots. Turn it into a Wipeout course if you really want to get wild.

I’m a big fan of little kids playing sports at halftime. Watching a Zamboni clear the ice during a hockey intermission is pretty cool, but the best is when it comes after a troop of kids in oversized pads play some hockey.

The only thing better than kids playing each other is when they get dominated by large, creepy mascots with permanent smiles. Here’s about two minutes of it for your enjoyment:

The best two minutes of my day right here: “@TWEETSARCASIM: Here are a bunch of mascots destroying kids in football pic.twitter.com/tgZ3LnqpRR

Notice about half of that video features the Colts mascot, Blue — who is especially rude to kids. For the sake of Super Bowl wholesomeness, he might have to stay home.

So here’s a dumb thing that will never, ever happen:

Raiders’ QB @derekcarrqb has asked for a UFC fight with @stephenasmith. Bovada released odds on a potential Stephen A. Smith vs. Derek Carr fight.

But hey, we’re here to dream up silly things to watch instead of Maroon 5. Watching slight underdog Derek Carr (HOW?! HE’S A 27-YEAR-OLD PRO ATHLETE AGAINST A 51-YEAR-OLD SPORTS ANALYST) fight Stephen A. Smith is something I’m more than willing to watch.

In an attempt to inject some fun into the Pro Bowl, the NFL added more things for its freakishly athletic stars to do besides a pointless and boring exhibition game. One of the ideas was dodgeball, and it turned out to be awesome.

Last year, it ended with receiver Jarvis Landry and kicker Graham Gano in a one-on-one duel for the ages.

Tell me you wouldn’t enjoy that over a concert.

Really, the NFL should just make the Pro Bowl one giant game of dodgeball.

9. On that note, Pro Bowlers doing any of these 10 alternative Skills Showdown ideas that range from Legends of the Hidden Temple to a hot dog eating contest.

11. MONKEYS RIDING PRO BOWLERS HERDING SHEEP OR RAMS OR SOMETHING

I’ll admit: The idea of homemade robots destroying each on a TV show was way more fun to me when I was 12 than it is now. But the idea of watching it together with over 100 million people and then talking about it with friends, family, and the internet? I’m in.

13. A short film from the Syfy Channel

Y’all ever seen a Syfy movie? You’ve probably heard of Sharknado, but there’s so, so much more. There’s Lavalantula, Mega Piranha, Dinocroc, Sharktopus. The list goes on and on. Give them a 10- to 15-minute spot to cook up some dumb monster and I guarantee we’ll be entertained.

Just use the Pro Bowlers.

17. Nothing but a bunch of movie and TV trailers

The millions of us who love Game of Thrones would be extremely hyped to see a new trailer during the Super Bowl. Then just do that with Stranger Things, Westworld, a new Star Wars movie, an Avengers movie, etc. Let’s nerd all the way out.

18. Mario Kart race on the Jumbotron

The Kansas City Royals did it.

we sent our helicopter out to get aerials of Arrowhead Stadium and on its way there it noticed a game of Mario Kart had broken out on the Crown Vision board at Kauffman Stadium?? pic.twitter.com/rOy0icieVi

The halo of video screens at Mercedes-Benz Stadium could make for some interesting video game racing.

I’m imagining the world’s best ultimate frisbee teams trying to play a game while dogs jump all over the place trying to get the frisbee. It’d be good — just like the dogs.

21. A WWE match for a spot in WrestleMania

It’d be great, I promise.

We asked social media to chime in with their own thoughts, and a lot of people were on the same page with me.

an episode of global guts https://t.co/9Pibu85tLB

Should be Machado & Harper making their announcements

Pass punt kick contest. Bonus points if the next Andy Reid is in the contest.

Maroon 5 will probably do just fine. There will be pyrotechnics and dancers and some random moment that becomes a meme. But we could do so, so much better.