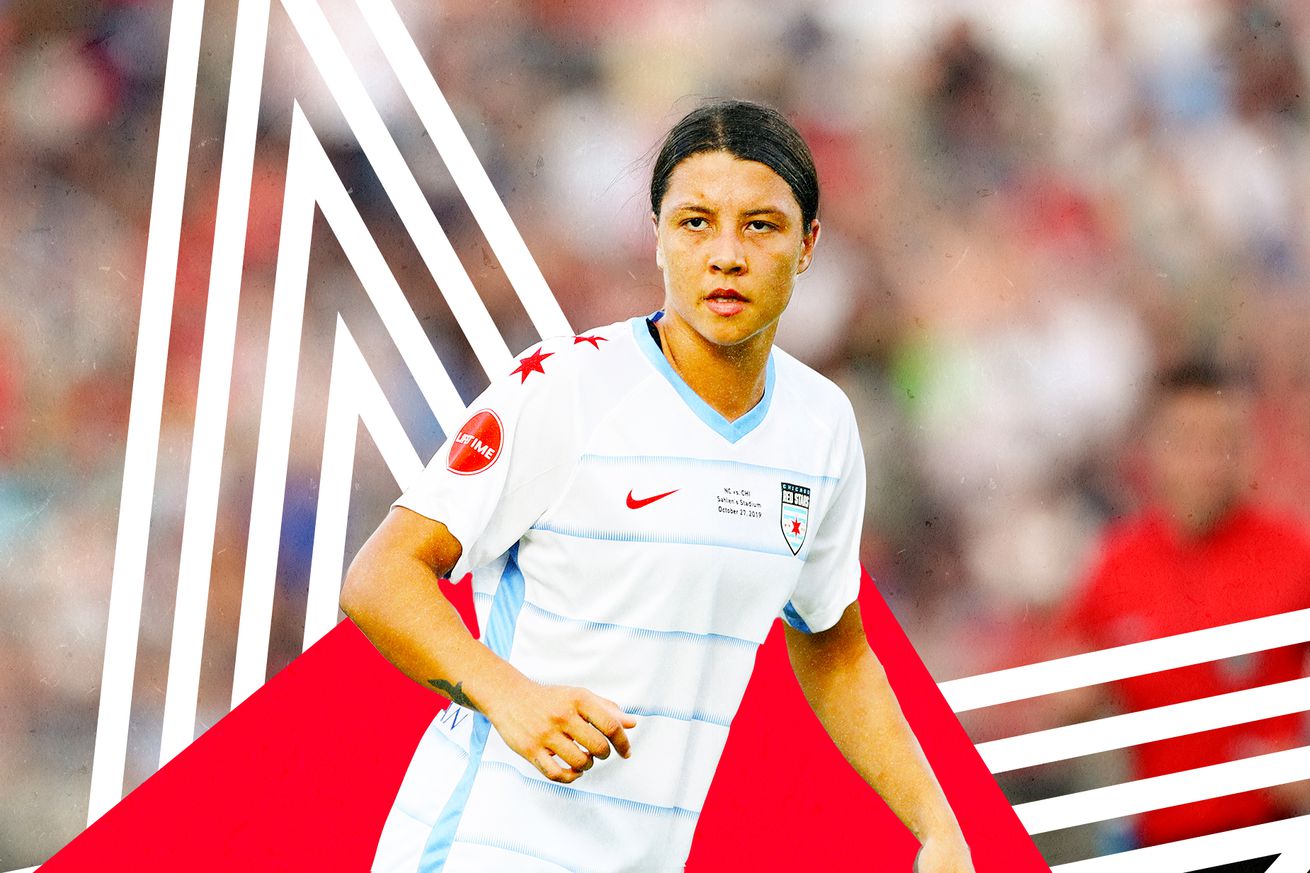 Sam Kerr is likely headed to Europe, and she has a massive decision to make. Here are her options.

Superstar striker Sam Kerr has informed the Chicago Red Stars that she won’t return next season, and the Australian FA doesn’t expect its biggest star to play domestically in W-League, either. Kerr appears destined to ply her trade in Europe to test herself in a different competitive environment, make a bit more money and give herself a more stable lifestyle.

Kerr says the prospect of playing in a single league year-round, rather than jumping back and forth between two leagues, has been one of the deciding factors. needs the mental break as much as the physical one. #Matildas

No one knows how much Kerr makes from the Red Stars, her Australian team Perth Glory and her sponsors in total. But Kerr’s biggest sponsor, Nike, will likely pay her quite a bit more if she suits up for one of the big European clubs that it makes kits for.

Kerr, who has repeatedly been shunned for FIFA awards, may also feel like she needs to move to Europe to be recognized as one of the world’s top players. United States women’s national team players have been able to challenge for world soccer’s biggest awards in years they’ve won the World Cup, but FIFA voting is often Euro-centric, and the Ballon d’Or now only goes to players who compete in European club soccer. For Kerr to show she’s better than Olympique Lyonnais’ Ada Hegerberg and Arsenal’s Vivianne Miedema, she’ll have to outduel them domestically or in the Champions League.

With that in mind, here are five places Kerr could end up, though one feels much more likely than the others.

Current starting striker Ewa Pajor is an excellent player, but not quite on Kerr’s level. The addition of Kerr could be the move that takes Wolfsburg from being a good team to becoming potential Lyon-beaters.

Nike is Wolfsburg’s kit manufacturer, which makes this move plausible. But Nike would probably prefer if Kerr suited up for a club with a bigger global brand, and Wolfsburg would likely offer a lower salary than the other clubs on this list.

What better way to prove you’re better than Hegerberg than going at her head-on? A move to PSG would pit Kerr against Lyon multiple times a year. The French league is also weak after its top four teams, and Kerr could easily rack up enormous goal-scoring numbers to bolster her awards case.

but it looks like the Galacticas are on their way. Madrid would be a fascinating project for Kerr, who could be the star that builds what becomes the biggest brand in women’s soccer.

There’s just one problem: Real Madrid is an Adidas team. But Los Blancos have essentially unlimited money, and could pay Kerr twice what Lyon pays Hegerberg and not even notice where the cash went. The only question is whether they want to.

Why is no one taking about: FC Barcelona

Barca’s current striker rotation features a cast of world class players who have spent most of their careers as attacking midfielders or wingers. Jenni Hermoso and Asisat Oshoala might be even more successful as Kerr’s providers than as finishers. Those two, along with Caroline Hansen, previous Ballon d’Or winner Lieke Martens and Kerr could make Barcelona’s attack just as formidable as Lyon’s.

If she’s a company woman: Chelsea

I’m not sure that Chelsea is the best club for Kerr from any single perspective. They’re not in the Champions League, and they haven’t historically paid the type of wages that Lyon, PSG and Wolfsburg do. They lagged behind domestic competitors Manchester City and Arsenal last season.

But the men’s Premier League generates significantly more revenue than any other soccer league, and brands like Nike probably see English clubs as their biggest business opportunities in women’s soccer. City is sponsored by Puma and Arsenal is sponsored by Adidas, which leaves Chelsea as Kerr’s natural English destination.

While Kerr won’t get a chance to win the Champions League this season if she signs for Chelsea, she would face better weekly competition in England than anywhere else on the European continent. The FA Women’s Super League, with its big money title sponsor and seriously-invested men’s clubs, could quickly become the best league in Europe. The Blues also currently sit at the top of the WSL, so she could guide them back to the Champions League for next season.

Still, Chelsea is a reach from a competitive standpoint. While any women’s club attached to a big men’s club is capable of spending enough money to build the best team in the world, we have no reason to believe Kerr can win the Champions League with Chelsea. She’d sign there because she was sold on a long-term project, because Nike offered her a lot more money to go there than anywhere else, or both.

Signing for Chelsea would be more of a business decision than a football decision. But women’s footballers are woefully underpaid, so who could blame her?