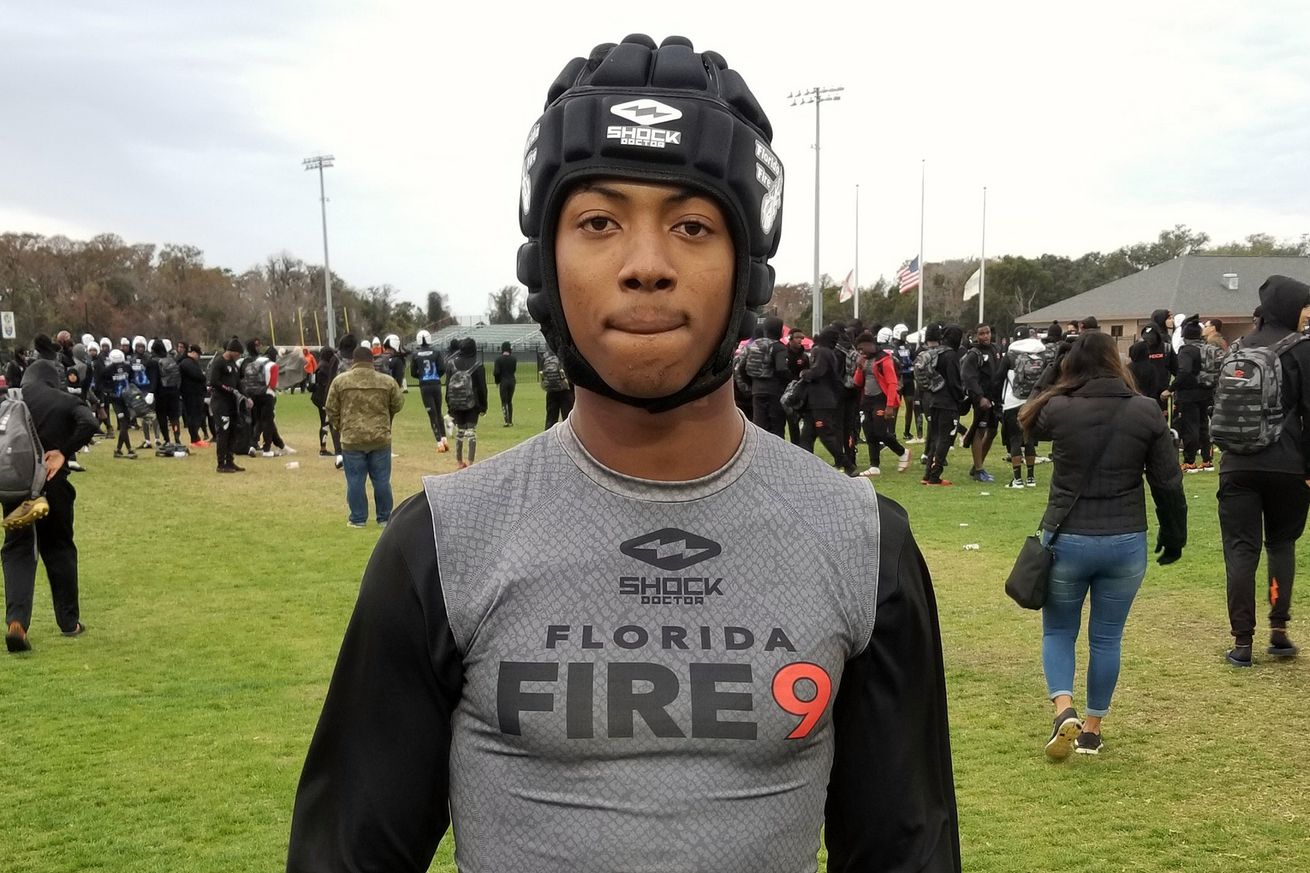 The Gators have also made an impression on Britt.

His highlights included this deep shot to put Fire up over Domo, another strong squad.

Britt is rated as the No. 83 overall prospect in the class of 2019. The Hialeah (Fla.) Carol City star also has the lofty designation of being the No. 4 athlete nationally, and is a four-star. It’s early for recruiting rankings, but it is safe to say that Britt is one of the better prospects in South Florida for 2020.

After the competition finished, the 6’2, 190-pound Britt spoke about where his recruitment stands. Britt committed to Miami in December of 2017, but decommitted in December of 2018, along with many of Miami’s then 2019- and 2020 commitments.

“Penn State is showing the most love,” Britt said.

Britt said that most all of the coaches from Penn State are showing love. But he noted that his best connection with the Nittany Lions is Ja’Juan Seider, Penn State’s running backs coach and area recruiter. Seider is well known for his recruiting in South Florida.

Britt has not been to Penn State yet, but will use an official to see the Nittany Lions in spring.

But Penn State is not the only school pursuing Britt.

“Florida, Alabama, UM is still trying to come back, and Florida State just started talking to me, too.”

Britt plans to take an official visit to Alabama this spring. Former Florida Fire receivers Jerry Jeudy and Calvin Ridley have gone on to star for the Tide.

“I think it was a great move for [Manny Diaz],” Britt said of Diaz getting the head coaching job with the Hurricanes.

While he is not ready to narrow down his list of top schools, he was confident two will be there in the end.

Britt knows Penn State and Florida will be among his finalists.

“I like the hype,” Britt said of Florida. “They play good ball, they’re focused, and I like the coaches.”

Britt said that he plans to be an early enrollee, and that he will likely take his other officials in the summer or fall.

All rankings via the 247Sports Composite.