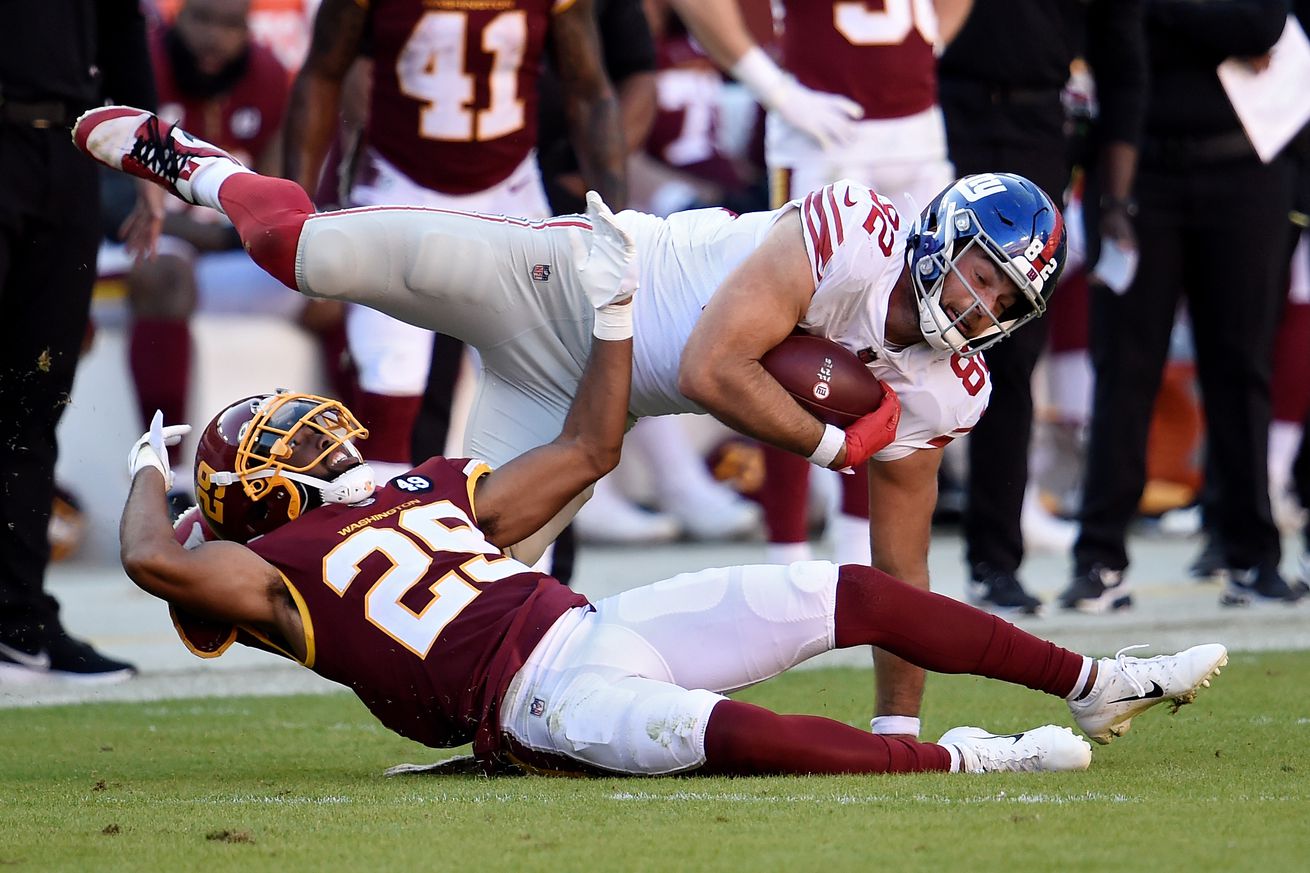 This difficult week is in dire need of new thinking.

This has been a difficult week. Emotions are high, there’s in-fighting between sides, some believe the system is so broken they’ve lost faith in how we all move forward. Millions are upset that Philadelphia might get to decide everything, and while it’s controversial to even talk about, I agree we need to start this whole process over.

We need to re-start the entire NFC East.

It’s an unusual move, sure, but nothing about 2020 has been normal. If we, as a nation, come together, reach across the aisle and remove the NFC East from our remaining NFL ballots, we can work together to give everyone hope in better football for tomorrow. There’s clearly something wrong. Never in the history of football has a division been this bad. How can the NFC East, once the proudest division in the NFL, now have more futility than the AFC South in its worst year? I have no proof of impropriety, but rest assured it doesn’t add up. The only fair way to process is segregate the NFC East and demand a recount.

With seven weeks left in the season we can do this. Every team can play a new two-game schedule against every opponent in the division. We give the division next week off to prepare, then the winner is decided by the divisional round robin.

It’s the only way to fairly choose a winner without the influence of states that don’t even understand what it’s like to live in Philadelphia, or Dallas, or New York, or Washington DC. Until we know if anyone really wants to win the east, there’s no way of ensuring the playoffs can be fair. The last thing we want is one of these flaccid, weak teams to have a chance at the end, and possibly give a deserving team an easier path to the Super Bowl.

It’s so weird that we’ve all kind of overlooked Mahomes this season. I think it comes down to the weight of assumption where we all just expect him to be amazing, thus making it less necessary to pay attention to the Chiefs. We all know they’ll make it to the playoffs, probably killing most teams in the process.

While Kansas City survived a scare against the Panthers, Mahomes made history. He broke Dan Marino’s record, becoming the quarterback to reach 100 passing touchdowns the fastest. It took him 40 games, which is just ridiculous — breaking the record by four games.

Honestly, there’s nothing left to say about Mahomes. He’s the kind of transcendent phenom the NFL needed to usher in a new era. Watching him play is a joy.

Staying in Carolina vs. Kansas City, I gotta give a shout out to the Panthers kicker. To end the game coaches gave him a shot at kicking a 67 YARD game-winner, which he even has the distance to make. It was wide, Carolina lost, but when a team has enough faith to try and make you kick something from that distance, it deserves props.

all respect to slye, only steph curry is good from the logo

It’s not like anyone really had high hopes for the Lions, but well, the Lions did. There was a defined sense that Detroit believed it could make a run, picking up Everson Griffin at the trade deadline — the kind of move that normally signals belief in a season.

Then Sunday happened. The Lions lost by two touchdowns to the Vikings, and while technically their season isn’t over, it sure feels like it is. They’re now last in the division. There’s no way Detroit catches the Packers, let alone the Bears. So we’ll be locked in another year of “well, there’s always next season.”

It’s tough to say much more about this hapless franchise. They just can’t catch a break.

This was a serious statement game for the Bills’ QB. Haters will point out that Seattle’s defense isn’t very good, and generally the process of distilling NFL games into QB battles is meaningless, but these kind of things are importnt for perception.

Allen was as perfect as a quarterback can be, really. He finished 31/38, with 415 passing yards and four touchdowns. He also used eight different receivers, proving he isn’t a passer who needs to lean on offensive talent as a crutch.

This was a bad week to have a bad week. Normally Wilsons’ 390 yard passing, two touchdown, two interception day wouldn’t be enough to really slam him for, but this is a guy pushing for an MVP award.

There’s little doubt that Wilson took a massive step backward in Week 9, while his biggest competition, Patrick Mahomes was near-perfect. This really could foreshadow yet another season where Wilson just misses out. Time will tell here.

In the past two weeks Dalvin Cook has put up stats some running backs don’t hit in an entire season.

It’s not just the yardage Cook is eating up, it’s the efficiency with which he’s doing it. Nobody in the league is hotter right not that Dalvin Cook. The only down side is that his success now might hurt the Vikings later, as he’s responsible for pushing them lower in draft order and potentially keeping them from finding a star player.

Just when you thought it was safe to start supporting Tampa Bay, this happened. Up to this point the Bucs have really been an iffy proposition. We know the team has more than enough talent to make the run, but there are pesky things like gelling and chemistry that can get in the way.

On Sunday Night Football the Bucs laid their biggest egg of the season on a national stage, getting blown out 38-3 by the Saints in a game where Tom Brady threw three interceptions. It was a total mess by every metric, and in the end it’s best to just sum this up with an image, rather than another 1,000 words.