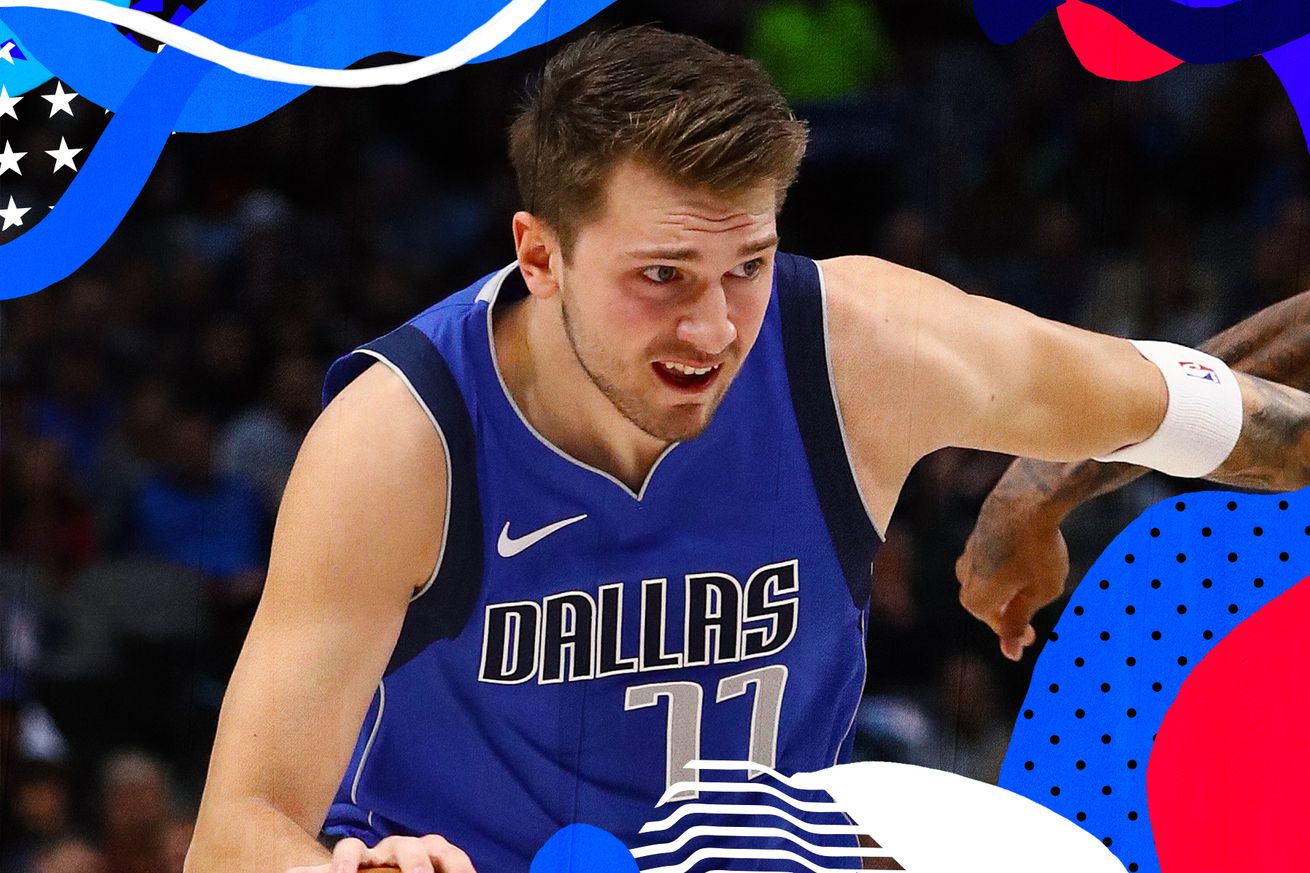 Luka Doncic is making teams regret passing on him in the 2018 NBA Draft.

Doncic’s doubters were always going to be wrong.

Luka Doncic’s stardom isn’t imminent anymore. It’s here. It took all of a dozen games after winning Rookie of the Year for Doncic to elevate himself into Most Valuable Player consideration at 20 years old. His rise isn’t surprising to anyone who’s been paying attention. How quickly he got to the point of averaging 30 points, 11 rebounds and nine assists might be, but Doncic was always destined for this.

Last year, I wrote about all the skills that made Doncic special and put in context how much more impressive his EuroLeague Rising Star and MVP awards were than previous European stars. He’d been a professional athlete since he was 16 years old, and a standout since he was 17.

Was Doncic stereotyped as a bust because of the country he played in? Probably. Of course, any seemingly great player can turn into an NBA bust, but the chances were always low for him. He had one of the best resumes of any teen to ever enter the NBA Draft.

Why did the Phoenix Suns and Sacramento Kings pass up on taking him? And why did the Atlanta Hawks trade the pick the Dallas Mavericks used to select him? These are questions we may never have satisfactory answers for, but damn. It didn’t take a genius to figure this one out.

Doncic’s first 12 months in the NBA have taught us a whole lot more than most. Here are the lessons a 20-year-old basketball prodigy has shown the world of basketball so far.

Deandre Ayton, or the Kings’ No. 2 pick, Marvin Bagley, turn into superstars, it was never a logical choice to take either over Doncic, who has been astronomically better. (Of course, the Hawks trading the Doncic pick for Trae Young and another first should also be put into question, but I’m tired of that debate, folks.)

Ayton, who is serving a suspension for the use of diuretics, and Bagley, who has been injured for most of the season, are still good prospects. They’ll probably be NBA starters with long careers. But neither was as proven as Doncic was in 2018. Ayton is even a full year older.

We won’t forget how the Suns had just hired Doncic’s Slovenian national team head coach, Igor Kokoskov, before not drafting him. The dysfunction is all too perfect. At the very least, the Suns went on to fire their general manager months later. Yet the Kings went on to extend the contract of theirs.

Doncic in with other European lottery pick players who did not turn out to be great or even serviceable NBA players. Jan Vesley, Andre Bargnani, Darko Milicic and Dragan Bender come to mind. Because of those names, Americans clung to the false belief that the NCAA provides a more competitive playing field than EuroLeague or Liga ACB, which employ adult professional athletes, including former NBA-ers. It’s obviously not true.

How much did European stereotyping have to do with Doncic’s draft fall? It’s hard to tell. But does he drop two spots if he’s the starting point guard at Kentucky?

It’s OK to be thicc

One of Doncic’s biggest scouting knocks before he reached the NBA was his weight. The 6’7, 230-pound teen was, without a doubt, a bit on the heavier side, but it’s become one of his greatest weapons instead of flaws.

Doncic uses his body to draw contact and absorb hits. He’s not the lightning-quick point guard Russell Westbrook or Kyrie Irving are, but he doesn’t have to be. Doncic thrives playing slow in the halfcourt, reading the defense’s set, and then outsmarting the hell out of it.

Being thicc is useful.

Young players might be ready to take over the NBA again

Derrick Rose was just 22 years and five months old when he became the youngest MVP ever in 2011, but every MVP since then, with one exception, has been 25 years or older. James Harden and Russell Westbrook were 28, Stephen Curry 27 and 26, and LeBron James 27 and 28. A year after 24-year-old Giannis Antetokounmpo won, Doncic’s name is already in the mix, three months before his 21st birthday.

Right now, Doncic is averaging 29.9 points (fourth in the league), 10.6 rebounds (11th in the league) and 9.4 assists (second in the league) per game on 48.6 percent shooting from the field and 34 percent from deep. At 32.43, he has the highest player efficiency rating in the league. At .300, he also leads the league in win shares per 48 minutes. Meanwhile the Mavericks have a 9-5 record despite playing just one other all-star who hasn’t been very good at all. Right now, the MVP conversation is probably six players deep with Antetokounmpo, Harden, James, Karl-Anthony Towns, Damian Lillard and Doncic.

Rarely does a player so young make this much of an impact on winning basketball games. In fact, what Doncic is doing could be historic. Even if he doesn’t win MVP this year, he has a whole other year to best Rose. No athlete’s rise is as linear as we like to generalize. Year three isn’t always better than year two, but it definitely can be.

Evaluating talent is really hard and really important. Scouts have a tough hard job that takes a lot of work, travel, thought and stress. Antetokounmpo was a genius find. Kawhi Leonard’s rise was hard to predict. Harden turning into the NBA’s best scorer wasn’t a viable thought five years ago, better yet at the draft. But picking Doncic wasn’t hard.

Sometimes the answers are right in front of our faces.