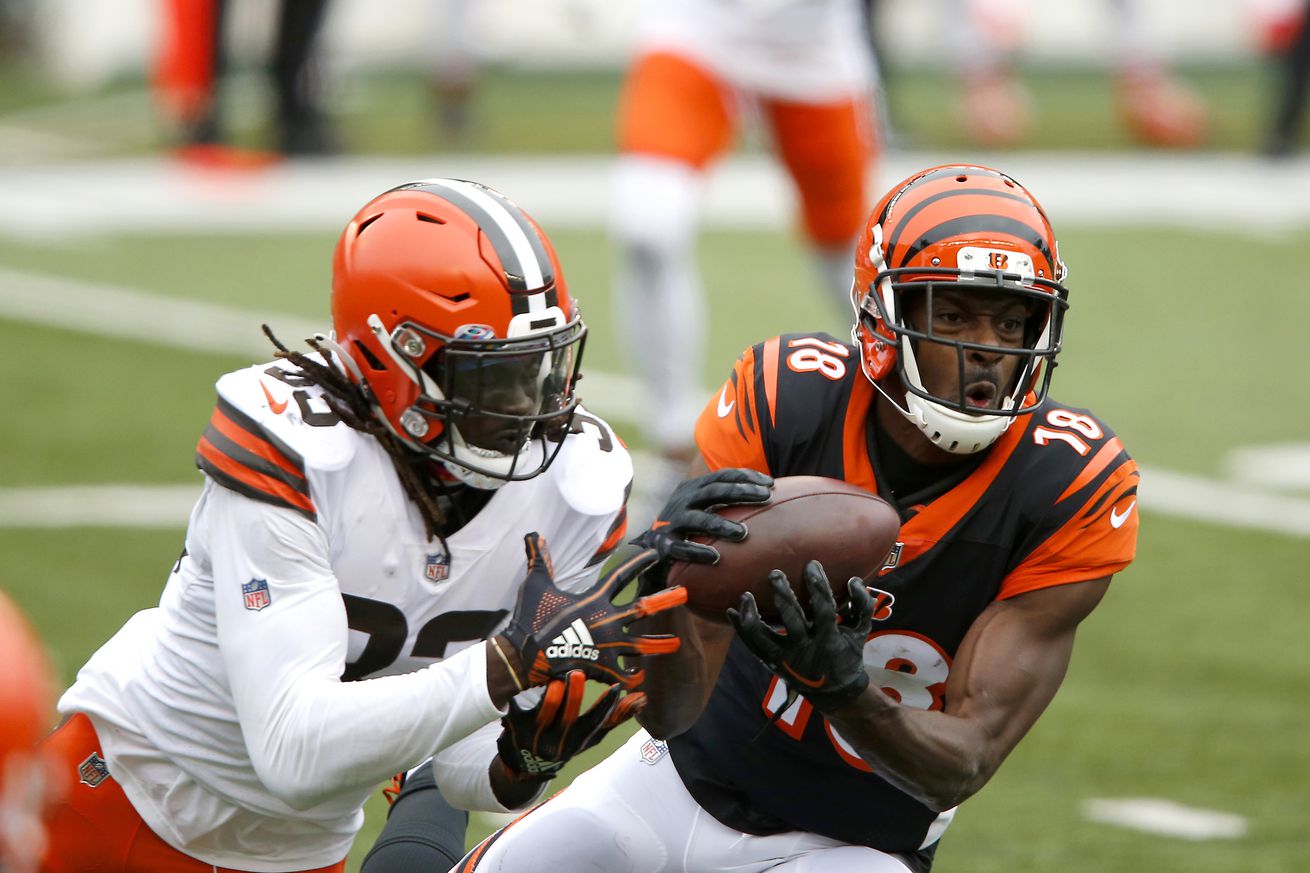 The busiest deadline in memory could have major effects on the rest of the season.

Normally the NFL trade deadline is a relatively quiet affair, with not many moves of consequence. This year feels different. A combination of a bizarre 2020 season, key injuries and off-field issues around the league, as well as numerous organizations watching as their windows close with the hope of a final playoff push could make this one of the more memorable deadlines in recent memory.

Rather than focus on pure trade rumors, which are everywhere, let’s break down some key moves that not only could happen, but should happen before the league closes up shop for the day.

The Bengals should trade AJ Green.

Considering he’s on a one-year deal, the kindest thing that would benefit both teams would be to send Green to a contender who has a chance of making a Super Bowl, while getting some more picks to play around with in the draft. For a team like the Bengals who need upgrades at multiple positions, a shotgun approach to the draft is their best bet to hit gold. While they may only be about to get a 4th or 5th rounder for the 32-year-old receiver, it gives them something in return, while using the rest of the season to evaluate their roster better and give more players reps with Burrow.

This is the big rumor entering trade deadline day, and rightfully so. At this point a top-tier cornerback really isn’t going to fix the Patriots’ problems, though if murmurs are correct and the team wants a first round pick and a defensive player, well, that might be a big ask.

Still, we know that winning in the modern NFL is about passing the football and stopping it in kind. There are teams this season who have gone all-in on the idea of winning the moment, and worrying about the future later. To that end there will definitely be interest from a team who believes Gilmore would be the difference between a playoff run, and a possible Super Bowl win.

Gilmore is 30, there’s still a few years left in the tank, and due a manageable $17.2M next season, the last of his contract. That’s an intriguing combination and there are some places where this move would be big.

Minnesota should get what it can for Kyle Rudolph.

A win over Green Bay isn’t enough to justify trying to keep this leaky ship together. The Vikings are in a deep cap hole thanks to the contract extension the team gave Kirk Cousins, and a more effective rebuild is on the horizon.

The prospect of trading a tight end is difficult, even one of Rudolphs caliber. There simply aren’t that many in the league that make a big enough impact to demand high return in a trade scenario, which means Minnesota may need to settle for a 3rd or 4th round pick. Still, shedding cap and adding to their host of picks in the 2021 draft is the correct move, the tricks is finding a team willing to do the deal.

There’s a larger point to be made about the best teams in the NFL lacking good running backs, while the best backs are locked on bad teams. Nonetheless, some of the contenders this year will likely want to balance their attacks down the stretch.

Enter Mike Davis, who nobody really talked about until Christian McCaffery went down to injury for the Panthers. Davis stepped in and not only filled in remarkably well, but showed there was plenty left in the tank. Rushing for 4.2 yards per carry and 350 yards, Davis is in the last year of his contract and could add a pop to a needy team. He’s a powerful, short-yardage back that can add balance to an attack.

Carolina doesn’t need to carry two backs, especially considering McCaffery is about to return. The Panthers also won’t contend in 2020. This scenario is perfect for coach Matt Rhule to get something in return for a player who otherwise might be replaced in the draft anyway. Davis is worth throwing a late round pick.

Someone should roll the dice on Dwayne Haskins.

It’s clear that the Washington Football Team has no interest in further developing Haskins, and it’s likely Ron Rivera will instead look for “his guy” in 2021 and beyond. This is a unique instance where a young passer with a ton of promise could be had for a steal, and there are quarterback-needy teams who could believe the issue was Washington, not Haskins.

Look at it this way: If you’re a middling team that isn’t in contention for Trevor Lawrence, there’s a good chance the possibility of developing Haskins is more appealing than drafting Justin Fields, Zach Wilson or Trey Lance. At this point it might only take a late 2nd or 3rd rounder to get Haskins, and it might be the kind of move that proves to be genius down the road.