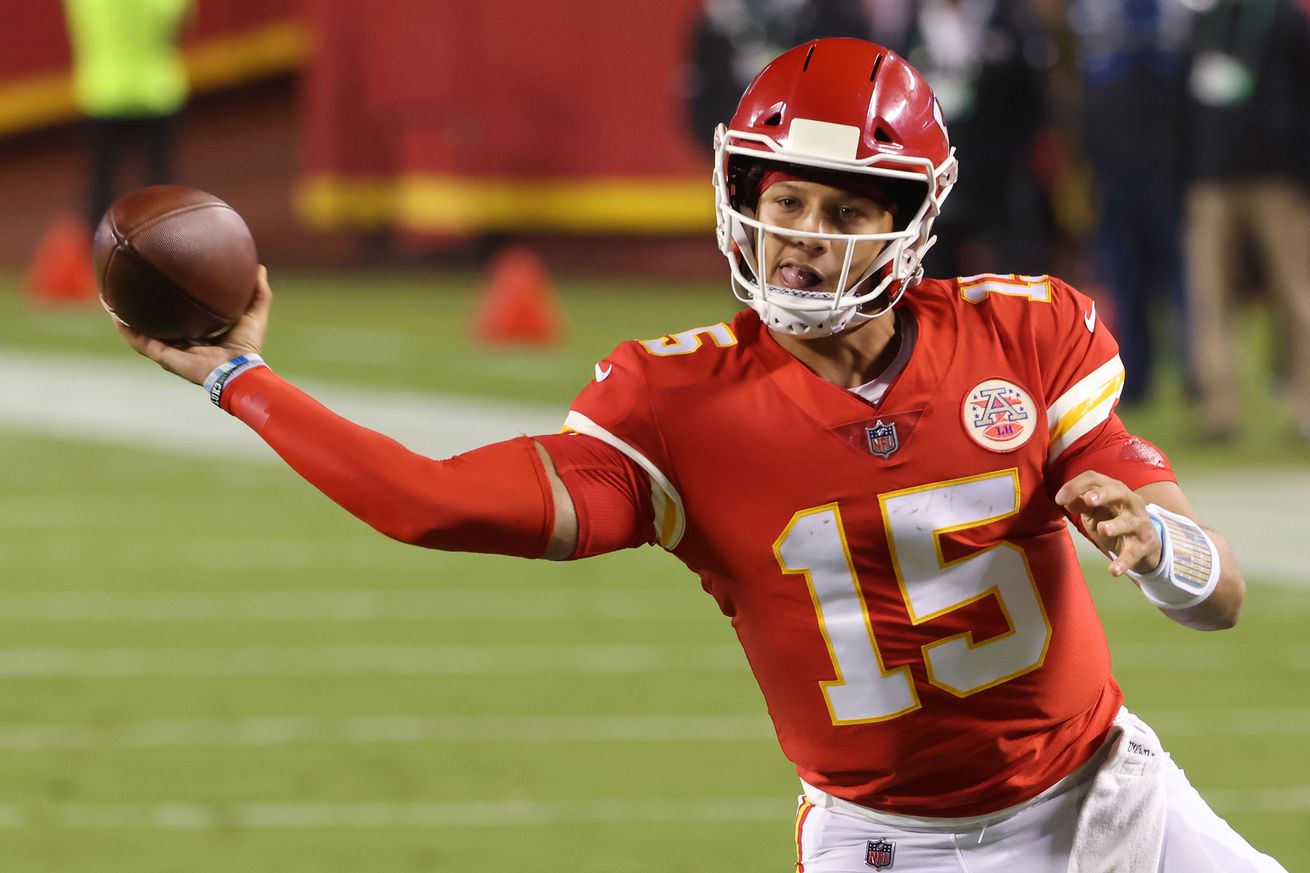 Patrick Mahomes is still the king.

The first game of the NFL season is in the books with a limited crowd at Arrowhead Stadium. When the dust settled it more or less played out how most people expected, with the Chiefs beating the Texans 34-20 in a game where KC’s powerful offense was on full display.

We also learned a lot from two AFC playoff teams a year ago, and in many ways the game on Thursday night will set the tone for what we could see out of the season.

No. 1: Any hopes for a Patrick Mahomes drop-off are out the window.

We’re conditioned to believe that whenever a player has a season like Mahomes did in 2019 there’s bound to be some sort of regression. It didn’t take long for the Chiefs’ QB to prove that isn’t going to happen.

While Mahomes only threw for 211 yards on the night, it wasn’t so much the volume, but the efficiency that tells the story here. The dude was simply on fire, completing 75 percent of his passes and connecting on three touchdowns without a turnover. The reliability of Sammy Watkins and Travis Kelce is still a nightmare for defenses when paired with a QB with the accuracy of Mahomes.

Normally you can point to a way to rattle or isolate a quarterback to get him out of his rhythm, but it’s seemingly impossible in this case. Mahomes is going to do what he wants, when he wants on the gridiron, and teams are going to have to come up with ways to hope to slow that. There’s no beating it, only contain — and while 211 yards passing is pretty much the definition of “containing” Mahomes, he still made everything look way too easy.

No. 2: The decision to trade DeAndre Hopkins is going to be questioned all season.

Let me preface this by saying that David Johnson really isn’t bad. In the grand scheme of things he’s an effective and solid running back for the Texans. The issue here is that all night long it was apparent that DeShaun Watson is in desperate need of a reliable second target.

Will Fuller broke out big time on Thursday night and proved he can be a top flight No. 1 receiver, but after that the gap was precipitous. The Texans had hoped that trading Hopkins, moving Fuller to the No. 1 and trading for Brandin Cooks to be their No. 2 would pay dividends, but in the end Cooks managed just two catches for 20 yards.

There’s an argument to be made that Cooks wasn’t completely healthy entering Thursday, but either way this is going to be a talking point all season long. Especially if this issue keeps rearing its head and Watson remains in dire need of another target.

No. 3: Clyde Edwards-Helaire is the real deal.

It takes a ton of guts to put the fate of your running game in the hands of a rookie, especially when you’re as accomplished as the Chiefs. While there was a lot of belief Edwards-Helaire could be excellent, he really showed it off on a national stage.

Finishing with 138 yards rushing on the night, the rookie showed that a terrifying Chiefs’ offense could somehow become even more unstoppable. The threat of his home run ability from the backfield, paired with Mahomes’ arm makes the idea of stopping this team unbelievable. Both players are able to take the pressure off each other, which manifested itself with the efficiency in which the Chiefs’ offense ran.

It’s important not to put too much stock in one game, but right now Edwards-Helaire looks like the steal of the draft.

No. 4: The Texans’ pass rush remains a problem.

On paper there’s no reason the Texans should have issues getting to the quarterback. After all, they have J.J. Watt and Whitney Mercilus — two players who can go off. On Thursday night there was a distinct lack of pressure, bringing Mahomes down just once and letting him have a safe pocket for much of the night.

Facing the Chiefs Week 1 is enough to demoralize any defense’s pass rushing ability, but this is still going to be something to watch moving forward. The Texans can certainly compete in the AFC South regardless of their weaknesses, but when it comes to tough teams they’re going to need a lot more to stay in games.

No. 5: Meanwhile, the Chiefs’ pass rush is a problem in different ways.

Seriously, I don’t know how much more I can gush over this team. Watson was under constant pressure all night and really never found a comfortable place to lead the Houston offense.

Finishing with four sacks on the night, Kansas City proved they can beat teams in myriad ways — making them truly the nightmare team of the NFL. At this point there’s zero reason to believe they won’t repeat as Super Bowl champs until someone finds a way to slow them down.

Whether that’s possible or not remains to be seen.